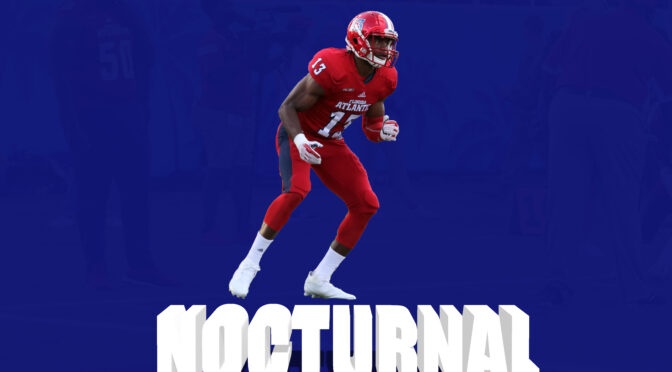 McCarthy, a four-year contributor for the Owls, feasted on opposing quarterbacks throughout his career. As a pass rusher, he demonstrated the ability to work around C-USA’s best offensive tackles with regularity in 2020. It was a season befitting of his overall consistency.

Former FAU defensive coordinator Chris Kiffin said back in 2017 of McCarthy, “He allows us to be multiple.” Even in that year as a 210-to-215-pound outside linebacker, the former Owl played bigger than his size. He ran the hoop to post a strip-sack versus North Texas and finished off Western Kentucky with a fourth quarter take down of quarterback Mike White. But it was his ability to play defensive end, outside linebacker and drop into coverage that Kiffin was referring to in describing McCarthy.

For much of the 2020 season, the FAU defense (led by defensive coordinator Jim Leavitt) was the engine behind the Owls’ path through C-USA opposition. Although the team finished the season 24th in total defense nationally, they ranked ninth in scoring defense (17.4 PPG). McCarthy’s workmanlike approach caught the eyes of Florida Atlantic first-year head coach Willie Taggart.

“He’s serious about his business when here,” Taggart said prior to a scheduled game against MTSU in late November 2020.

The second-team All-C-USA performer has not always been efficient holding the edge at the point of attack (see Southern Miss ’20), but his versatility and width (78 5/8″ wingspan) give him a chance to make it as an off the ball linebacker. McCarthy (6’2, 223) has shown some aptitude in man-to-man coverage. He can drop into zone coverage and exhibit fluidity versus bootlegs when aligned on the edge. In addition, he has lined up as a hold-up guy on the punt return unit and at the left wing on the punt team. Perhaps more importantly, the team referenced that he did not miss a practice all year.

The former Owl contains many of the bird’s characteristics. He hunts his prey in a stealth manner, often surprising opponents with his quick burst to close. McCarthy has flown silently under the radar for most outside of Conference USA, but his upside could be unearthed by NFL teams operating in a nocturnal manner.