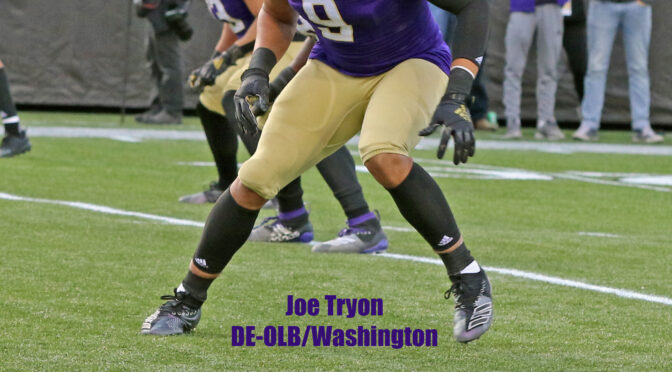 Three-sport athletes that stand 6’5″ 260-plus pounds aren’t your “average Joes.” Washington Huskies edge rusher Joe Tryon looks the part and has a strong build. He matches the physical gifts with an ability to line up as both a defensive end and as an outside linebacker in a two-point stance.

Despite the athletic gifts, he still has room to work on his technique. He only had one year of high-level production in 2019, and it came after he posted one quarterback sack and 4.5 tackles for losses in 2018. Tryon opted out of the 2020 season but still projects as a prospect with the chops to get after the quarterback. Scheme-fit may determine if the former baseball, basketball and football standout out of Washington state’s Hazen High School translates seamlessly to the NFL.

Is he extraordinary or just an average “Joe”?