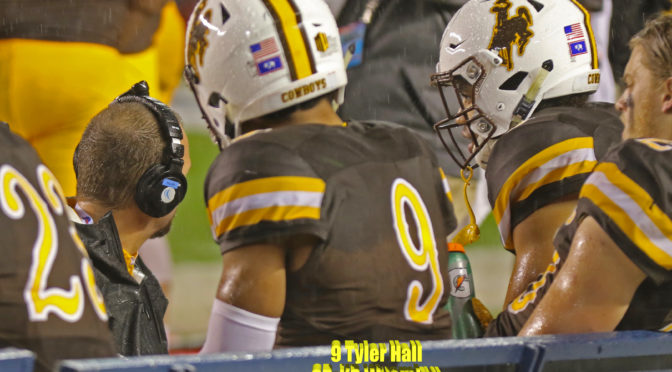 What makes this player NASTY…(Strengths): Has started at CB, nickel and KOR. His feet never stop moving in the down (either in the return game or at DB). Uses a catch technique in press-man on the goal line and looks over the inside shoulder of WRs to play through the ball (GL, 1st QTR, Missouri ’19; then PBU, 2nd QTR). Out of his shuffle zone-turn, he transitions with fluidity vs. speed outs (PBU, 1st QTR, Georgia State ’19). Contains a relatively smooth motor-press bump-and-run technique. Squeezes to the upfield hip when WRs establish inside releases. He also squeezes to the upfield shoulder of WRs and uses the sidelines as an extra defender when defending fade patterns (gets head around for PBU, 2nd QTR/4:38, Missouri ’19). Goes for the rip-and-strip as a tackler (FF, 1st QTR/5:34, Missouri ’19). Forced four fumbles in his career. Although he receives the contact, he is willing to come up as a rolled-up CB to tackle in two-deep zones (2nd and 7, 2nd QTR/7:24, Missouri ’19). On middle kickoff returns, he displays good contact balance and vision to hit the return in a forward motion. Possesses top-end speed in the open field (Texas State ’17).

Weaknesses: Didn’t show a level of recovery speed trying to chase down Utah State’s Saiosi Mariner in 2019. Watch getting opened so quickly in your motor-press man technique. Gets stuck on stalk blocks too long on the perimeter (Nance, Missouri ’19). Loses WRs in the second phase of the down when plastering (allowed TD, GL, Missouri ’19). Sudden jerks cause him to react too violently and he raises his frame in bump-and-run (3rd and 10, 1st QTR, Arizona Bowl ’19). Double clicks show up once he’s opened his hips to break back downhill in off-man coverage (3rd QTR, Missouri ’19). Missed the UNLV game in 2019 due to a concussion.

Time to get NASTY (Our Summary): We kept watching Hall and looking for negatives other than him being slightly undersized. It was hard to find many. He didn’t make the number of plays on the ball you would expect from a player with his level of footwork and movement skills. Hall transitions in-and-out of his breaks like a high-round pick. The former Cowboy finished third in the country in kickoff return average as a junior due to his foot speed and initial burst. He would have been among the nation’s leaders again in 2019 if not for just eight returns. Hall is the definition of an all-purpose player, but it is questionable if he can hold up as a full-time kickoff returner. If not, he has upside as a nickel back or outside corner. The California native has Day 3 value in this year’s draft.