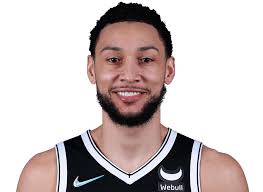 What makes this player NASTY….(Strengths): Athletic bloodlines. High basketball IQ. Floor speed. Ball-handling. Pushes the basketball end-to-end. On-court vision. Excellent passer. Creates easy transition opportunities for teammates. Makes deft overhead passes to cutters going to the basket. Able to find cutters with dime chest passes in half-court sets (Florida ’16). Sets up the screener when the team runs its two-man game at the top of the key. Excellent rebounder on both ends of the floor. Times offensive rebounds and puts it back on the floor straight off the bounce. Led the NCAA in double-doubles as a freshman. Lengthy arms correct plenty of his mistakes on defensive end of the floor. He will be able to operate versus guards on the switch as he moves up to the NBA (vs. Ulis, Kentucky ’16). He’s shown enough physicality to use his standing reach and will absorb the contact vs. low post scoring threats near the block (Lee, Kentucky ’16). When backing down defenders on the right block, he’ll use subtle pump fakes to get them off their feet (Poythress, Kentucky ’15); and he has soft touch on his fallaway jumper from 8-to-10 feet facing the basket. When backing down opponents, he uses his right elbow to propel himself off of one leg going left and will hang in the air with the floater facing the rim. Pivots and spins against pressure with an ease of movement that belies his age. Uses his off-hand (right) well to finish at the hoop. Left-handed dribbler who can finish in the paint versus the trees. Hand-eye coordination is solid when catching alley-oops from mid-court or even just inside the half-court line. As he attacks defenders moving forward he will use crossover (COD) dribbles to move them off their spots. Did a fine job of attacking Marquette’s Henry Ellenson off the dribble and then used his running right-handed floater over the top of him. Contains the ability to split double teams and can finish at the cup (South Alabama ’15).

Weaknesses: Does not shoot the basketball well from depth. Can he extend an NBA defense? Teams gave him an opportunity all season long to show that he could hit the open three-pointer and he turned it down (Marquette ’15). Passivity displayed itself at times in the Oklahoma game when he would defer quite a bit until a run late in the game. Didn’t put the nail in the coffin when the team had a big second half lead. Reluctant three-point shooter (attempted three 3-point shots all season). Took repetitions off on the defensive end in school. Fails to slide his feet consistently with knee bend (Kentucky ’16). Six games with six or more turnovers. Fouled out of four games as a freshman and had four or more fouls in 12 games. Disappeared for games on the offensive end (NC State ’15, Texas A&M ’16).

Time to get NASTY….(Our Summary): He could become the first number one overall pick to not play in the NCAA Tournament since Mychal Thompson (1978-Portland Trail Blazers). With that said, the
competitiveness factor should not be considered because the team didn’t make the tournament or due to his decision not to workout at the NBA combine. The most concerning part of his game may be between the ears. Simmons has not been shy about telling his team that: 1) he wouldn’t play in the NIT, and 2) that he wasn’t available to workout for certain NBA teams. For a player who didn’t always assert himself during school, there are questions left for NBA teams regardless of his unique combination of ball-handling, court vision and rebounding skill.