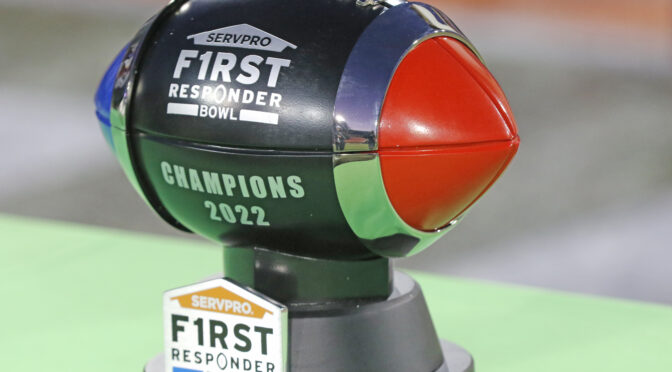 The 2022 Servpro First Responder Bowl featured two teams in the Memphis Tigers (6-6) and Utah State Aggies (6-6) trying to get over the .500 mark. Memphis quarterback Seth Henigan completed 20-of-29 passes for 284 yards and three touchdowns to earn game MVP honors.

Despite the outstanding performance, Henigan was quick to credit teammates after the game.

“We had a bunch of players make plays,” Henigan offered. “Jey (Jeyvon Ducker) had a long touchdown run, and a couple here and there. Preiskorn (Caden) had a touchdown, Eddie (Lewis) had a good over the shoulder catch, Joe (Joseph Scates) had one up the sideline. They were just getting open for me and, with enough time, we were having success.”

His deference should not take away from the sophomore’s two-year run as a starter for the Tigers. The former Denton Ryan High School (Tex.) standout earned the starting job as a true freshman and has not looked back. Through two seasons as a starter, he has completed 62-percent of his passes for 6,893 yards with 47 touchdowns and 16 interceptions.

The Servpro First Responder Bowl was played at the same site (Gerald J. Ford Stadium) as the team’s last game of the regular season. In that contest, Henigan threw a game-ending interception to SMU’s Brandon Crossley with just two seconds remaining in a 34-31 loss.

Henigan’s bounce-back effort from that heartbreak in his hometown did not go unnoticed by Memphis head coach Ryan Silverfield.

“I think the bounce back by Seth, who came out and played his tail off…kind of shows you the resilience that we’re all about,” Silverfield explained. “For me, that’s why it’s personal and I’m proud to be able to get a win today because of what it meant to those guys in the locker room.” 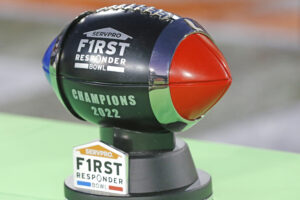 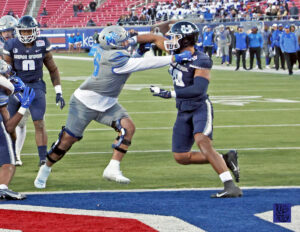 Memphis OG Davion Carter gets into a battle with Utah State LB AJ Vongphachanh near the goal line. Vongphachanh led the Aggies with 101 tackles and finished second on the team with 10.5 tackles for loss in 2022. 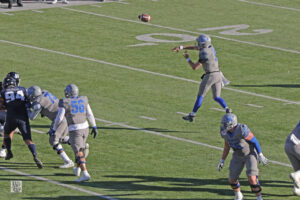 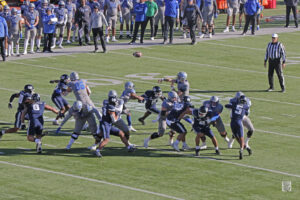 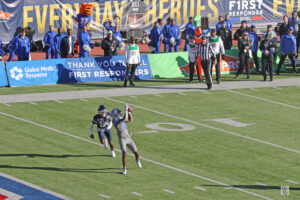 Memphis WR Eddie Lewis caught 42 passes for 615 yards and seven touchdowns in 2022. He also averaged 9.8 yards per punt return (TD) for the season. 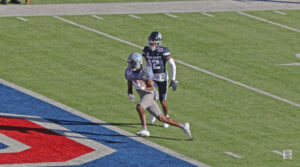 Lewis (pictured running into the end zone) beat Utah State senior DB Ajani Carter on this touchdown catch. It was the first of two touchdown receptions for Lewis on the afternoon. 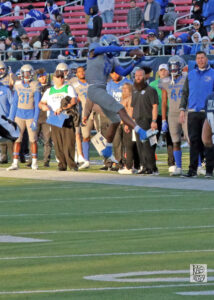 Memphis WR Joseph Scates attempts to make an acrobatic catch during this game. Scates averaged 22.9 yards per catch with four touchowns this season. 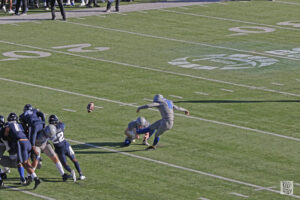 Memphis PK Chris Howard kicks a field goal during the second quarter of the game. Howard, a first-team All-AAC selection, made 21-of-24 field goal attempts in 2022. 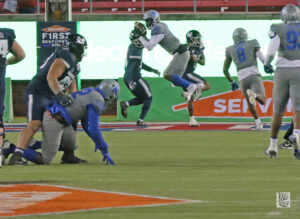 Memphis sophomore defensive back Joel Williams picks off a pass in the end zone during the fourth quarter of the 2022 First Responder Bowl. 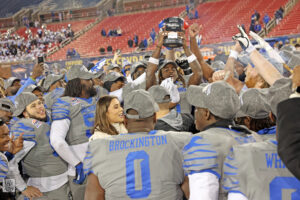