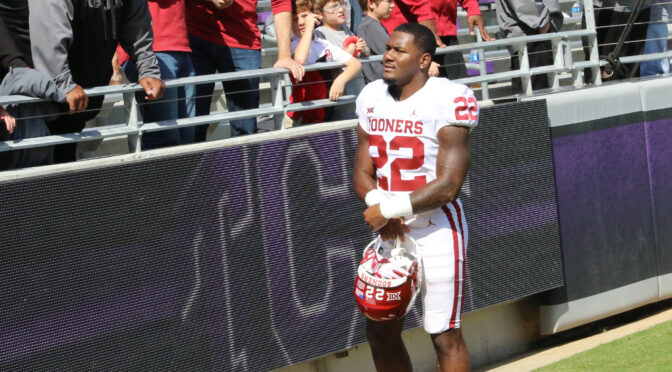 This group has largely proven to be a hit-or-miss proposition for many of the schools who were certain they were getting home runs at each position. Some of them carried the dreaded All-Purpose label, meaning that there was no guarantee they could carry the full-time load at the collegiate level. Others ran into a litany of issues and have found their footing at different schools.

White redshirted in 2018 after suffering a knee injury in preseason practices. However, in 2019 he made 13 appearances with 78 total touches, displaying some of his highly-touted potential. He started all ten games for the Bulldogs this past year, finishing with three 100-yard rushing outings and 11 touchdowns. The rising junior made the most of the opportunity, displaying his abilities as a true workhouse back. If the devasting injuries are behind him, odds are he’ll be taken in the first two rounds of next year’s draft.

Lingard spent his first two seasons playing for Miami (Fla.), and appeared in six games as a freshman before a leg injury ended his season. Following his sophomore season, he transferred to the University of Florida. Lingard is known for a good mix of extreme lateral quickness, explosiveness, and bruising running power. He’ll look to expand on only five rushing attempts for the Gators last year as he heads into the 2021 season.

Slade was a highly touted five-star recruit coming out of high school. However, he saw limited playing time with the Nittany Lions, grabbing 92 total touches in two seasons. He transferred to Old Dominion following his sophomore season, but it has been reported this year that he is no longer with that program either. Slade dealt with some off the field issues last year and will need to land somewhere and produce mightily on the field to re-establish his football career, if that’s what he still wants.

Gill appears to have played primarily receiver while on the collegiate level. He redshirted for the Buckeyes in 2019 and had just seven receptions through two seasons. Following the year, Jaelen transferred to Boston College seeking more playing time. He logged 29 receptions for 435 yards and one touchdown, returned seven punts and had four kickoff returns this past season with the Eagles.

Cook followed top-ranked running back recruit Zamir White to Georgia after an early commitment to Florida State in 2016. He’s amassed 117 carries for 775 yards and seven touchdowns in three years as White’s primary backup. Cook has also shown capabilities out of the backfield with 40 receptions for 446 yards and two touchdowns in his career.

Brian was dismissed six months after enrolling at OSU due to an investigation (https://saturdaytradition.com/ohio-state-football/report-ex-buckeye-rb-brian-sneads-2018-suspension-stems-from-sexual-assault-accusation/). He appeared in two games with 11 rushing attempts prior to his dismissal. After spending 2019 at a community college, he transferred to Austin Peay State University. He is currently playing for the Governors as they are in midseason. Snead looks to be trying to put his unfortunate situation behind him, coming off a 227-yard, three-touchdown performance last weekend.

Through three seasons with the Sooners, Pledger has had opportunities to display some of his dynamic playmaking ability. After playing in more of a reserve role his first two years, he had 95 rushes for 451 yards and five touchdowns last season. He put up big games against Texas and TCU, rushing for over 100 yards in both contests while also scoring at least one rushing touchdown. Despite a broader role in 2020, Pledger decided to transfer following the season and is now a member of the Utah Utes football team.

Person has had a productive career since joining the Wolfpack, despite dealing with injuries his first two years. He rushed for 112 carries as a true freshman, and then an ankle injury limited him to only 61 rushes in 2019. Person had 147 carries last season (643 yards, 4 TDs) while starting every game. He’ll look to remain healthy and have a solid senior season. If so, it could land him on some draft boards for next year.

Joiner saw limited action in two seasons suiting up for the Tigers, posting only 15 carries through two seasons. It led him to enter the transfer portal last year. He is now committed to Michigan State and looks to compete for a starting role with two years of eligibility remaining.

Ingram totaled over 140 carries in each of his first two seasons for the Longhorns. However, this past year (with the emergence of two underclassmen in the backfield), his carries dwindled drastically. Ingram recently announced his transfer to the USC Trojans, where he looks to regain a starting role in his senior campaign.

NOTE: All positional designations were marked according to their projections coming out of high school (see APB-All-purpose back). In addition, we included the class of each player per the NCAA not counting this season as a used year of eligibility. If a player transferred (see Snead), we listed the original school who signed the recruit.