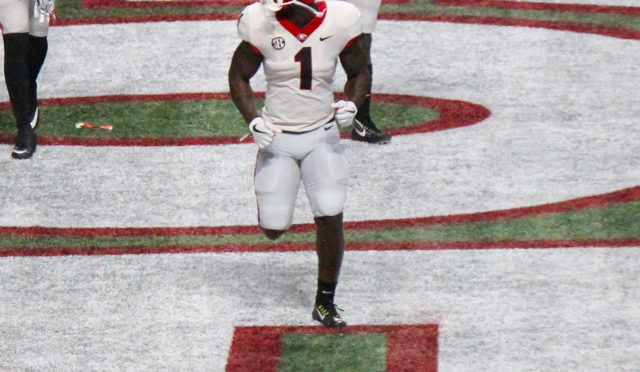 This year’s championship game in Atlanta will feature two SEC teams and  two coaches who are familiar with one another.

Worth noting, Saban is 11-0 against former assistants. 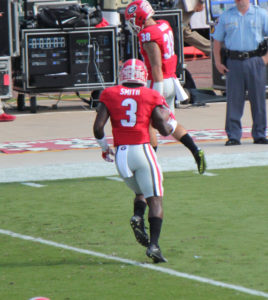 Smith, at 6’1 225 lbs., is a little smaller than a typical first round linebacker but he has typical high-round talent. Smith finished the College Football Playoff semifinal versus Oklahoma with 11 total tackles. For the season,  Smith has 124 tackles, 5.5 sacks and one forced fumble. Smith already has an SEC Championship game MVP under his belt,  and the Bulldogs will need a similar effort to handle the Crimson Tide.

Michel is a threat to take it to the house  any time he touches the ball. In the semifinal against the Sooners, Michel scored the game-winning touchdown and finished with 181 yards and three touchdowns. This year, he is averaging eight yards a carry. 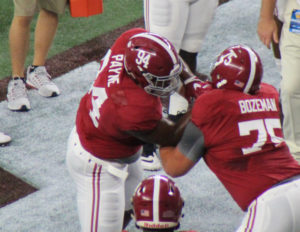 Payne is poised to join the likes of Marcell Dareus and Jonathan Allen, former Crimson Tide defensive linemen who have become premier run stuffers at the next level. Payne, at 6’2, 308 lbs., is a space eater and does the dirty work in the trenches that allows the ‘Bama linebackers to roam free. He also intercepted a pass and caught a touchdown against Clemson in the College Football semifinal. 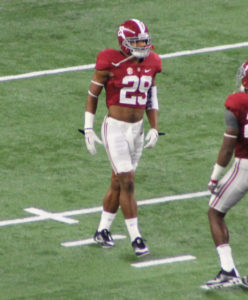 Fitzpatrick patrols the back end for the Crimson Tide and his measurables (6’1, 203 lbs) could make him useful at the next level as a nickel corner and safety. Versatility is the name of the game for defensive backs in the NFL and Fitzpatrick possesses that ability. On the season, Fitzpatrick has eight pass deflections, one interception and one forced fumble.