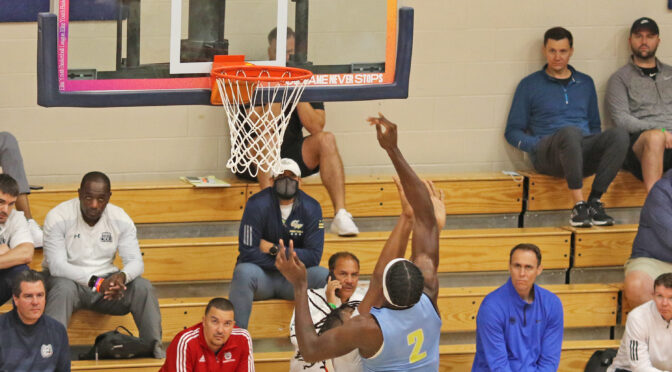 Duren was involved in a draft night trade that sent him from the Charlotte Hornets to the Detroit Pistons. The Pistons young roster brings plenty of opportunity for Duren, once considered the No. 1 prospect in the Class of 2022 before reclassifying to play for head coach Anfernee Hardaway at Memphis. The excitement of Cade Cunningham as a former number one overall pick could signal the start of a Pistons resurgence.

Last summer, Duren was competing for the No. 1 spot in the 2022 recruiting cycle with his soon-to-be teammate at Memphis, Emoni Bates, now heading to play at Eastern Michigan. Duren led Team Final to a 2021 Peach Jam title while averaging 23 points and eight rebounds per game. The Philadelphia native then reclassified to the 2021 class. Fast forward a year later and the AAC Freshman of the Year could become a starting center in the NBA.

The Hornets traded his draft rights to the Detroit Pistons after taking him 13th overall. Purdue’s Jaden Ivey, whom the team took fifth overall, could pave a driveway for the team’s foundation through this draft. Duren’s NBA-ready frame may be put to the test early, where his rare length (7’5″ wingspan) should be relied upon to protect the rim for teammates.