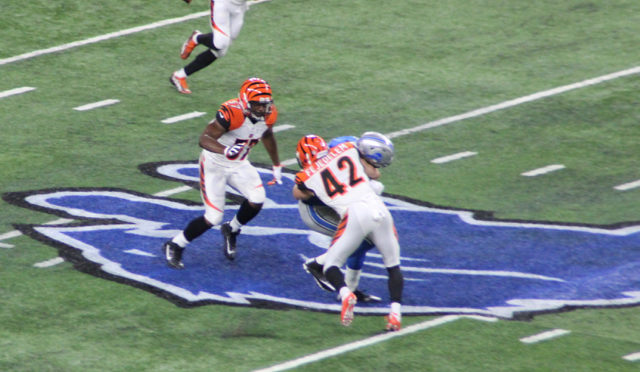 Long before Cincinnati Bengals safety Clayton Fejedelem made it to the NFL, he made quite a statement in his final season for the Fighting Illini.  After starring at St. Xavier (an NAIA school in Illinois), Fejedelem decided to walk-on at Illinois in the spring of 2013. In his final season in the Big Ten, he led the conference with 140 tackles. DraftNasty’s Corey Chavous caught up with the former high school wrestler during the week of the 2016 East-West Shrine game to find out what drives him day-to-day. 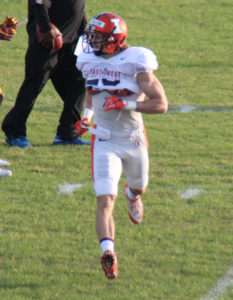 Corey: What’s been the best experience so far this week in terms adjusting to these players after having such a good year in the Big Ten?

Fejedelem: It’s nice coming down and getting the top players in the nation from all over the nation. So you get to kinda test your worth
against a lot more conferences, a lot more different styles of play, different offenses and it’s pretty cool.  The coolest thing coming down here was getting the opportunity to talk to all those different scouts and all the guys you’ll see in the future.

Corey:  When you look at your game and how it evolved, would you say one of the more underrated aspects was just how quick you triggered forward in some of the quick game stuff when you were in man coverage (like against Minnesota)?  Talk about your eyes and how you see things on the field.

Fejedelem: Absolutely.  I take pride in preparing myself for the game, watching the film so I get out there and it’s muscle memory.  You only need to see a few keys and you already know the play that’s coming.  I take pride in the speed that I play the game and I think that’s one of my biggest assets.

Fejedelem:  Me and Taylor Barton are pretty good friends off the field.  In practice, we’re always messing with each other on who can get their hands on more footballs and in the game it’s no different. That’s how you get paid..so.  He came up on top with a few more interceptions than I did this year.

Corey: You had more tackles though.

Fejedelem: I had a lot more tackles. There were throwing his way because there were scared to throw my way.  That’s the reason (laughs).

Corey:  That’s what I like to hear.  Finally, you kind of remind me of one of my former teammates, the late Pat Tillman (Arizona Cardinals, 1998-01),  in your tenacity and ability to get to the football. Also in your ability to play special teams.  Who do you compare yourself to at the next level?

Fejedelem: Currently playing, probably Eric Weddle (Baltimore Ravens). He’s out there and he’ s kind of a savage.  I like his style
of play; he’s very scrappy.  If I’m going back some years, I try to model my game as kind of a hybrid Ed Reed/Brian Dawkins.
Reed’s ballhawking ability and he wasn’t afraid to stick his neck in there. And Brian Dawkins was just an overall freak.  I try to hybrid
that.

Corey: Talk about your work in the weight room. What are your expectations in the short shuttle and other testing? Your coaches have talked about you being one of the faster players on the team. Tell us a little bit about your workout numbers, some of the stuff you’ve put up and what are your goals for the postseason?

Fejedelem:  Right.  I was one of the workout warriors as our head strength coach (former Illinois head strength coach Aaron Hillman) would say. I just enjoy the grind; I really do.  I think the more you prepare yourself in the offseason the better it’s gonna be.  Even if you are the most talented player all the extra work is gonna make you that much better. I put the extra time in with the squats, the benching.  I did pretty well last summer with my 225-lb test; I’m shooting a little bit higher.  I think that test was 22 (reps); right around there.  I’m shooting for that 38-inch vertical; right around there.  And I’d like to get under a four (4.0) in the shuttle and 40 (yard dash), try to run that high 4.4.

Corey: That’s awesome man.  We just want to wish you continued success and thank you for your time. Make it to the league.

Fejedelem: Thank you.  Appreciate it.