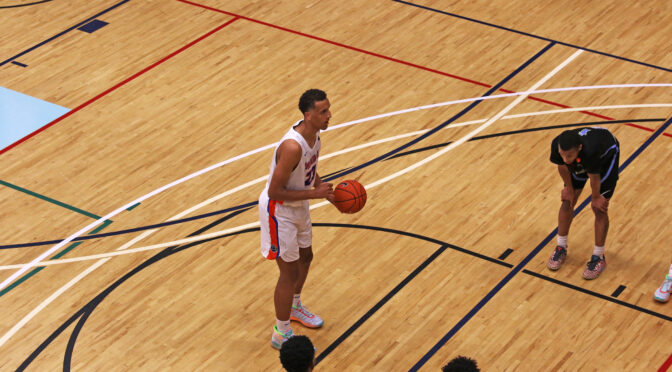 Patrick Baldwin, Jr. was ranked as a Top Five recruit in the Class of 2021 before deciding to play for his father, Patrick Baldwin, Sr., at Wisconsin-Milwaukee. The former five-star recruit battled through injury in 2021-22, averaging a pedestrian 12 points per game.

In the process, he shot 34-percent from the field. Baldwin, Jr.’s upside and size, however, could make him yet another draft night find for the 2022 NBA Champion Golden State Warriors.

We go inside his game during the 2019 Nike EBYL, when he played for PhenomU alongside 2021 NBA Draft first-rounder and current Atlanta Hawks forward Jalen Johnson.