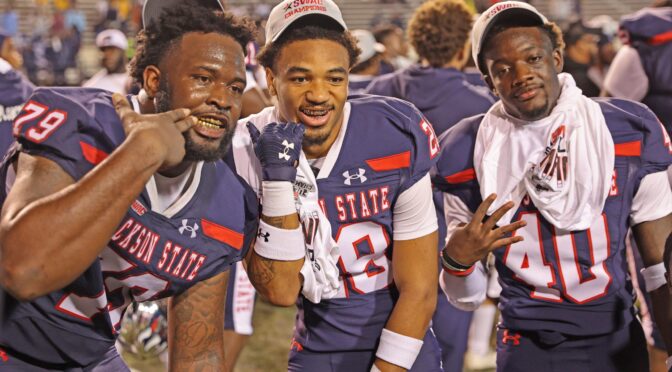 The 2022 SWAC Championship game was filled with electricity from the start, as the Tigers got out to a 26-point lead at Veterans Memorial Stadium. Jackson State quarterback Shedeur Sanders, the SWAC Offensive Player of the Year, put on a show for the fans. However, the performance of Southern quarterback Glendon McDaniel helped lead a furious comeback for the Jaguars (7-4) in the third quarter. Eventually, the Tigers (11-0) cruised to a 43-24 victory to earn their second consecutive SWAC championship.

UPDATE: The game was bittersweet for many Tigers fans, as both head coach Deion Sanders and Shedeur are now headed to lead the Colorado Buffaloes in 2023 after they took on UNC-Central in the 2022 Cricket Celebration Bowl. 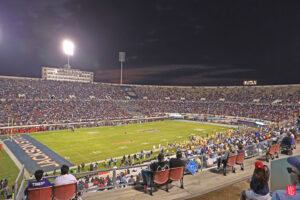 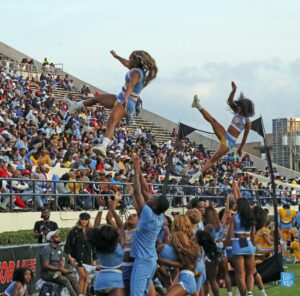 The Southern Jaguars cheerleaders were floating in the air while giving their fans entertainment all afternoon. 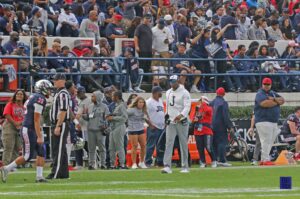 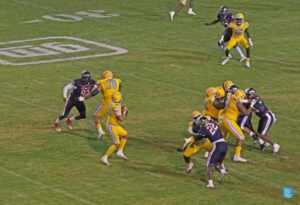 Southern quarterback Glendon McDaniel looking for a receiver in the pocket behind left tackle Eli Fields. 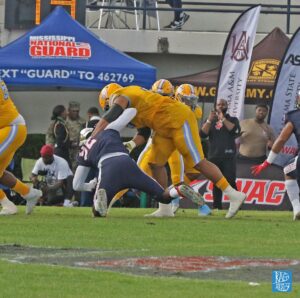 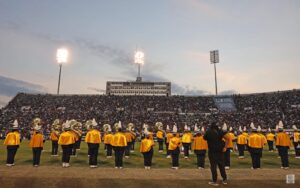 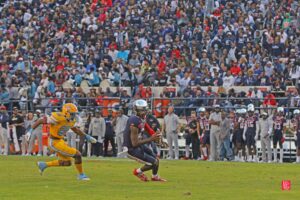 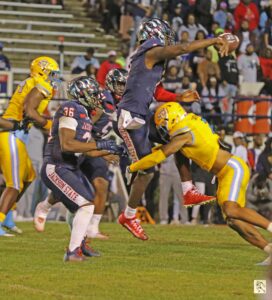 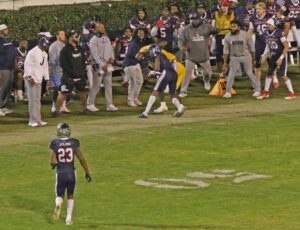 Cornerback De'Jahn Warren breaks up a pass along the sidelines in the third quarter of the 2022 SWAC Championship game. 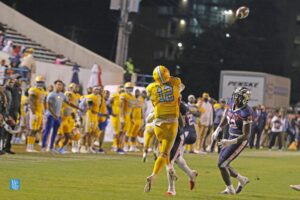 Southern quarterback Glendon McDaniel threw for 220 yards (TD) and rushed for 162 yards (2 TDs) in the game. 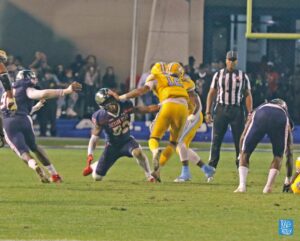 McDaniel frequently got away from Jackson State's defenders with a variety of moves in the contest. 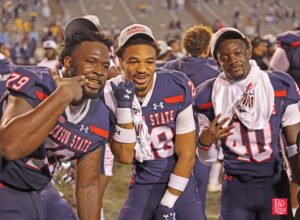 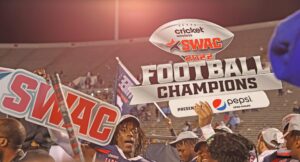