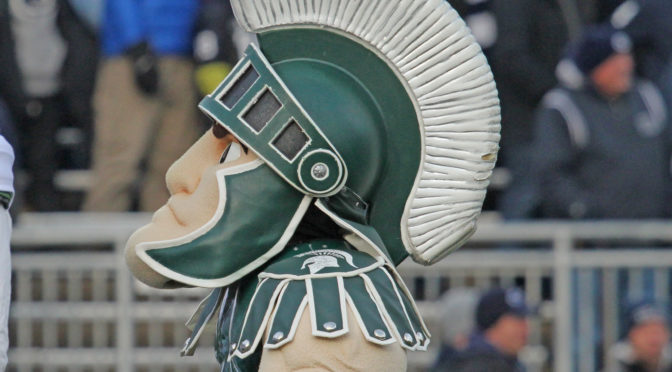 What makes this player NASTY…(Strengths): Versatile performer. 30-game starter in school. 10 5/8-inch hands. He has started at center, LG and LT. As a LT, he takes positive choppy steps and doesn’t shuffle with too wide of a base (2nd QTR/12:56, Indiana ’19). Capable of handling the upward charge of DL and then rooting them outward with upward rise (vs. Davis, East-West Shrine ’20, Day 1). He did a good job of engulfing different personnel on Day 1 of the 2020 East-West Shrine practices. Capable of pinning interior DL on pin-and-pull schemes (as a RG). Catches the charge of DL who attempt to gain an edge without using their hands and runs them up the field.

Weaknesses: At the LT spot, his first step will re-set in his lateral kick-slide. Hand placement will get outside the framework of the DT as a left guard. In pass pro, he will hunch over to connect vs. squatty targets and get swam early in the down (Roy, East-West Shrine ’20, Day 2, team). Durability concerns. Broke his ankle in 2016 and missed the remainder of the year. Did not start the team’s season opener in 2019 due to right leg surgery (https://www.mlive.com/spartans/2019/08/magic-wand-helps-tyler-higby-get-fully-healthy-to-start-michigan-states-opener.html). He was an active rotational player in the first two weeks of the season as a result before taking over left tackle duties in Week 3. Missed the last six games of 2019 due to an undisclosed injury.

Time to get NASTY (Our Summary): Higby has value with NFL teams because he started at center, offensive tackle and left guard in school. He was the team’s starting left tackle for four games in 2019 before missing the team’s last six games due to injury. The durability questions will be legitimate as he missed the better part of a full season due to two season-ending injuries (2016, 2019). In-between the injuries, he was perhaps the Spartans most versatile offensive lineman. In fact, the only reason he had to swing to left tackle in 2019 was due to an injury to projected left tackle Cole Chewins. He was the only lineman in FBS football to start multiple games at three different positions in 2018 (https://msuspartans.com/sports/football/roster/tyler-higby/9578).