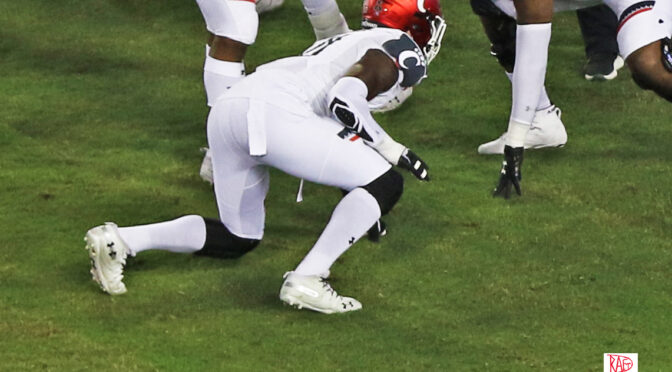 The Cardinals felt that former Ravens WR Marquise Brown was worth the 23rd overall pick in the first round. He reunites with former college quarterback Kyler Murray. What should be noted is the move may have created more value within the draft. They picked up a second third-round pick as part of the trade, Cincinnati’s Myjai Sanders, and he could challenge for a starting job in a two-year period. In 2021 Mountain West Conference Defensive Player of the Year, Cameron Thomas, the team secured a player quite capable of playing inside on third downs, if necessary.

Arizona may have also improved the depth of its interior offensive line late in the process. Two guards, Lecitus Smith and Marquis Hayes, were both still on the board in the seventh stanza. Can they provide competition for the team’s backup positions and add depth?

Overall, the fabric of the team’s roster only added pieces that complement what was already in place. The strategy seemed to be finding multi-year starters on the collegiate level to aid a roster full of burgeoning talent.

Hence the undrafted free agent signings of Darrell Baker, Jr., Ronnie Rivers and Kekaula Kaniho. Many of these may or may not make the team’s roster, but could add depth to its practice squad.

For a team that has endured depth issues in the second halves of seasons, it may prove to be a wise strategy.