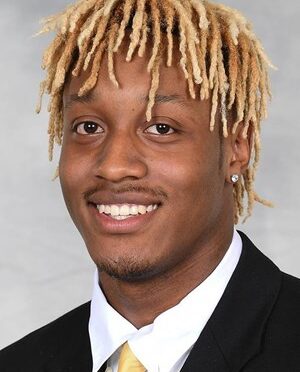 Hunter’s name is appropriate because he runs down the opposition. Hunter won to the spot versus North Texas DT Dion Novil on a reach block and then he flipped his hips to cut him off on the team’s outside zone run schemes (on more than one occasion). The former defensive lineman displays good hip torque on contact. He possesses good vision to pick up linebackers running through his gap control on run action away. The questions on Hunter revolve around length and whether he can transition into the center spot.