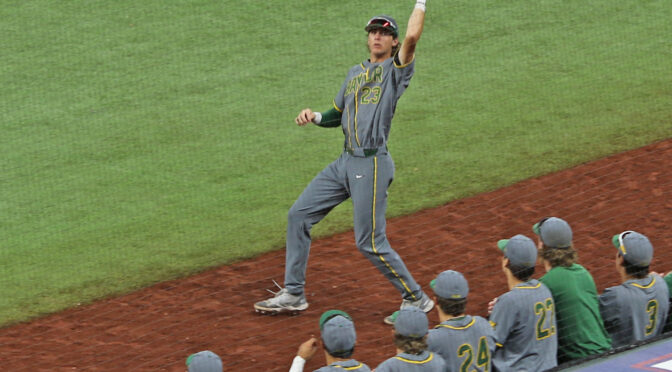 Former Baylor first baseman/outfielder Kyle Nevin became the second Baylor Bears player to transfer to Oklahoma at the conclusion of the 2022 campaign. Not long thereafter, Nevin -who was drafted in the 11th round of the 2022 MLB Draft by the Los Angeles Dodgers- decided to sign and go pro. In 2022, he batted .304 with eight home runs, 15 doubles and 49 RBIs for the Bears this past season. His father, Phil, played 12 seasons in the major leagues and his older brother, Tyler, plays for the Baltimore Orioles.