A one-sided rivalry in upstate New York finished with a new twist on Tuesday night.  The 14th-ranked Buffalo Bulls defeated Syracuse, 71-59, to earn their first victory against the Orange since 1963.  DraftNasty’s Troy Jefferson gives his impressions in this in-game report:

Harris was the conductor of the Buffalo offense against the Orange. Against Syracuse’s famed 2-3 zone, Harris manned the middle and made passes from the free throw line to initiate the Bulls offense.

The senior guard also showed the ability to drive to the basket using a hesitation dribble and despite a low percentage this season, he has shot the ball well from three in the past (41 percent in 2017-18).  Harris has good length and a strong offensive skill-set but his lateral quickness and strength will be tested at the next level.   the season, Harris is averaging 13 points per game, five rebounds and 2.7 assists.

Massinburg has been the go-to scorer for the Bulls over the last three seasons.  This year, he is averaging 17 points per game on 48- percent shooting. Earlier in the season against West Virginia, he scored 43 points and against Syracuse, he had 25. Despite a slight build, Massingburg isn’t afraid to rebound the ball.  He’s averaging seven rebounds on the season.  His team relies on him for so much of the scoring load that he hasn’t prioritized setting up others at Buffalo, but this will be a needed skill  for Massinburg to make it in the NBA as a guard.

When it comes to big shot making, Tyus Battle is the equivalent of Buffalo’s C.J Massinburg.

“He makes (big shots),“ Syracuse head coach Jim Boeheim said, after Battle hit a game winning shot against Georgetown earlier in the season. “He makes a lot of big shots, probably as much as anybody who’s been here or more. He’s right there.”

Against Buffalo, Battle scored 11 points on 4-of-10 shooting. Battle is best when he can get out in transition, and then avoid players with his strong two-handed dribbling abilities.  From his downhill attacking,  Battle can open up his game with his pull-up jumper.

Here is an example of how Battle’s constant push of the ball in transition forces defenders to backpedal and give him a free release on his jumper:

As is always the question with Syracuse players, can Battle play man to man defense after spending years in the 2-3 zone? 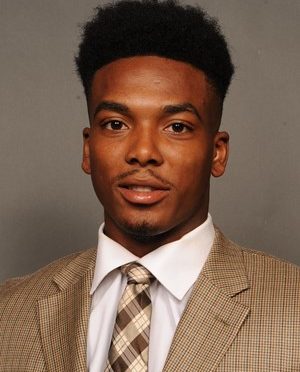