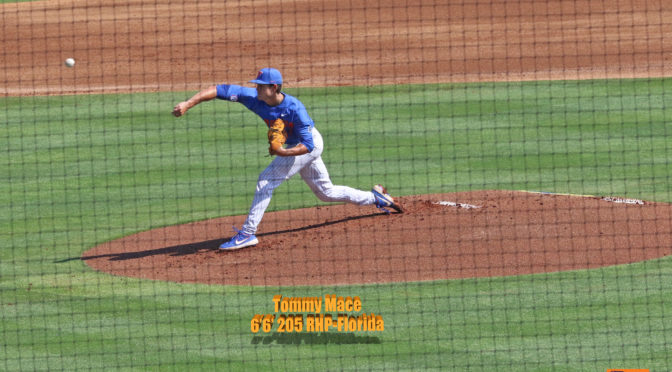 While Mace took over the Friday night starting role for the Gators in 2019 en route to eight wins, it wasn’t until 2020 that he really began to take off as the team’s ace. In 2020 (through four starts), he posted a 1.67 ERA in three victories. The 6-foot-6-inch right-handed pitcher has a repertoire that includes an 87 MPH slider and deft curve ball. The former Cincinnati Reds 2017 12th-round pick increased his draft stock while at Florida and has a chance to hear his name called in the first two rounds of the 2020 MLB Draft.