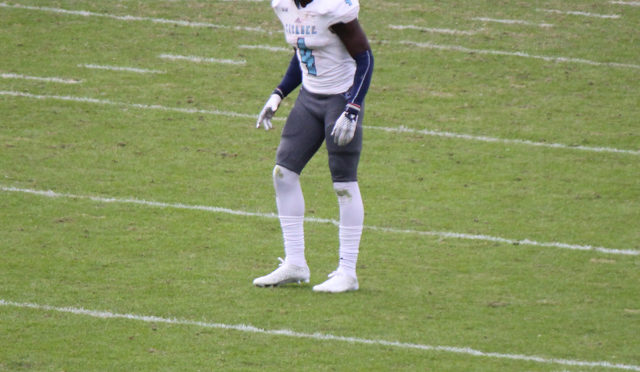 Before making the move to the FBS level, Delaney was regarded as one of the most instinctive ballhawks at the FCS level.  In three seasons at the The Citadel, he posted 13 interceptions and 32 pass break-ups.  Never were these skills more on display than in the fourth quarter of the Hurricanes’ 31-6 victory over Duke in late September.  In the fourth quarter alone, Delaney broke up one pass and nearly intercepted another.   He then went up to high-point an ill-advised pass from Florida State cornerback James Blackman to receive the turnover chain for the first and only time this season. 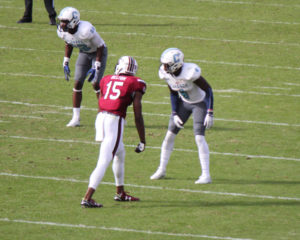 Delaney’s length aids him in either Cover 2 or press-man.  Versus Western Carolina in 2016, he often delivered a punch to put himself in a positive leverage position.  While his motor-press technique is inconsistent, he can be effective when he stays on top of wide receivers.

He consistently set the edge against South Carolina in 2015 versus stretch or toss sweep concepts.  As the game began to tighten late in the fourth quarter, he threw his body around in run support.  Conversely, his activity versus Tennessee-Chattanooga in 2016 was a bit hit-or-miss.  Aside from being average in crack-and-replace, Delaney stuck to stalk blocks too long on the perimeter. 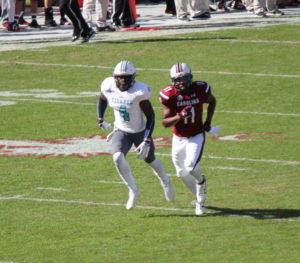 One of the things that has been noticeable has been an inability to stay on top of wide receivers consistently.  Although he can dance at the line of scrimmage with wideouts, he sometimes will get stuck transitioning to open-and-run.  Delaney did not always stay on top of UTC’s C.J. Board in 2016 and former South Carolina WR and current Los Angeles Rams WR/KR Pharoh Cooper challenged him down the field (see above) in 2015.

Delaney’s transition to the FBS level in 2017 has yielded mixed results.  Despite having already proven capable of playing versus SEC-level competition prior to arriving at Miami (Fla.),  a right lower leg injury has forced him to miss four games as a senior.   A legitimate postseason All-Star candidate, the two-time FCS All-American will need a strong close to the season to stay on the radar for NFL scouts.