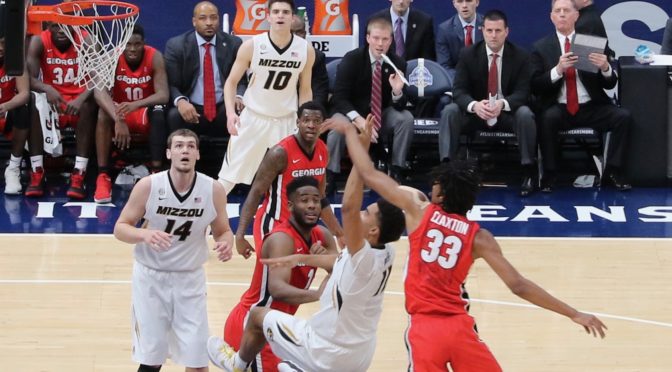 As draft night approaches on Thursday, DraftNasty’s Troy Jefferson takes a look at how he believes the first round will pan out.

Editor’s note: the mock draft doesn’t necessarily reflect the top 30 players on the DraftNasty big board but takes a peek into how each individual team will draft based on their need(s).

Willamson is the consensus best player in the draft and will serve as the face of the franchise in New Orleans now that Anthony Davis has been traded to the Lakers.  Williamson and new point guard Lonzo Ball should be a terror in transition.

With longtime point guard Mike Conley rumored to be on the trading block, it’s time for the Grizzlies to find a new face of the franchise.

The Knicks missed out on Zion Williamson but fans should be happy about his Duke teammate R.J. Barrett.  The godson of former two-time MVP Steve Nash, Barrett is polished and has a number of offensive tools to work with.

The Pelicans will use their other top five pick, which they acquired from the Lakers,  to bring in a small forward who can do a little bit of everything.  Jrue Holliday, Ball and Williamson will command the bulk of the offensive load while Hunter can crash the glass and serve as a spot-up shooter.

Culver should be able to contribute right away for new Cavaliers coach John Beilein.  The former Michigan coach should be very familiar with Culver, who scored 22 points, four assists and four rebounds against his Wolverines in the 2019 NCAA Tournament. 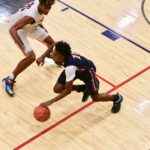 Garland would add to a young core that already features Devin Booker and DeAndre Ayton.  Garland is a masterful passer who should make life easier on the Suns star players. 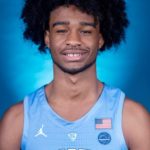 The Bulls are trying to solidify their point guard position after underwhelming results from Kris Dunn.  Chicago could look to Chapel Hill, which has given them a good return on investment in the past.

Reddish’s inconsistent play could cause a slight slide to the Hawks with the eighth pick.  Offensively, Reddish possesses enough skill to take pressure off of Trae Young.

Under former executive Ernie Grunfeld, the Wizards had  a tendency to draft Europeans.  Names like Jan Vesely (2011 NBA Draft, 1st Round, 6th overall) and Tomas Satoransky (2012 NBA Draft, 2nd Round, 32nd overall) immediately come to mind.   However, in terms of fit, Doumbouya exhibits the ability to defend at a high level and he excels in transition. Washington could use a player that plays hard and doesn’t take plays off.  Doumbouya is that guy.

Clarke is the more NBA-ready forward between him and his Gonzaga counterpart, Rui Hachimura. The Hawks could package this pick for a veteran player, but if they decide to keep it look for them to take a player ready to contribute from the onset.

Little will bring grit and effort to the Timberwolves. Little’s offensive game needs polishing, but head coach Ryan Saunders has made his name in player development.

If the Hornets lose Kemba Walker in free agency, they will need someone to pick up the scoring load.  Alexander-Walker has a lot of tools in his toolbox and averaged 16/4/4 last year at Virginia Tech.

Pat Riley likes two things: toughness and Kentucky basketball. Washington fits the mold of a Riley pick and would be an immediate contributor.

The Celtics have to try and retain Kyrie Irving but whether he leaves or stays, Boston has shown how much they value three-point shooting (finished seventh in the NBA).  Herro (35-percent from the three-point line) fits the bill.

The Pistons have an abundance of big men and guard may be a  bigger need. However, Hayes would be the best prospect on the board and hard to pass up.

The Magic need someone who can create on the perimeter and Langford can do just that.  His shooting will be questioned (44- percent overall and 27-percent from the three-point line.)

If the Hawks decide to take two Zags in the first round, Hachimura would be a great complement to Brandon Clarke and John Collins.

Johnson could provide another weapon for the Pacers to take pressure off Victor Oladipo.  He averaged 13 points on 46-percent shooting from the field and 38-percent from the three-point line.

Thybulle boasts a 7’1″ wingspan and is a terror on defense. Thybulle (35-percent from the three-point line) projects as a “3 and D” wing. 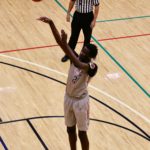 If he stays healthy, Bol Bol can have a productive career.  A 7’2″ center who can shoot and run the floor is hard to find, and if he’s here at this pick Boston could take a chance.

Fernando is a bruiser in the mold of Steven Adams. The Maryland big man could provide a low post threat for the Thunder, who have opted to use draft picks on wing players and guards in the past.

Jerome would give the Celtics another option behind Terry Rozier and could be a solid backup if Kyrie Irving leaves via free agency.

Johnson is an experienced silky smooth shooter.  Utah could look to draft an immediate contributor who can help them take the next step in the Western Conference.

The 76ers don’t have to look far for depth in the front court.  Paschall can do a little bit of everything and would be good glue guy off the bench for Philadelphia.  His game is reminiscent of Paul Millsap’s (Denver Nuggets).

Portland could look to stay on the West Coast and add bench scoring from the perimeter with an athletic wing like Porter, Jr.

Bitadze is a skilled big man that already has an NBA body. Beilein has been known to value international players and Bitadze is an intriguing prospect.

With injuries to Klay Thompson and Kevin Durant, the Warriors will need immediate contributors to start the season.  Mann played four years at Florida State and can play shooting guard or small forward.

Claxton is an effective passer who can guard multiple positions, He fits the mold of a Spurs big man.

Williams can contribute right way for a team that’s equipped to win now.  He can score in a variety of ways within the three-point line.