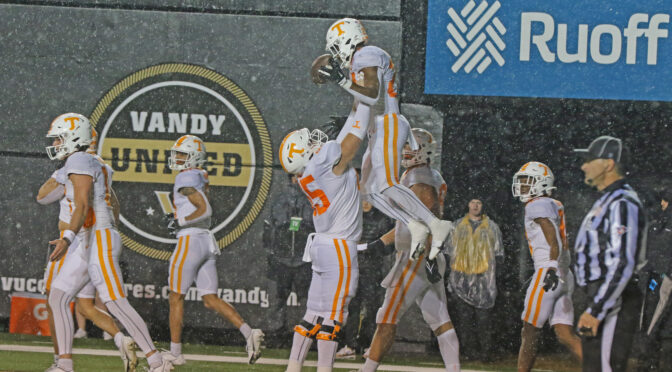 The Tennessee Volunteers responded to a 25-point thrashing from the South Carolina Gamecocks to post a resounding 56-0 victory over the Vanderbilt Commodores (5-7) on a rainy night in Nashville. Despite the Commodores holding nearly a 28-minute advantage in time of possession, the Volunteers scored at will. They rushed for 362 yards on just 31 carries and posted three touchdown runs of 50-or-more yards. In addition, they returned a punt for a score in the win. 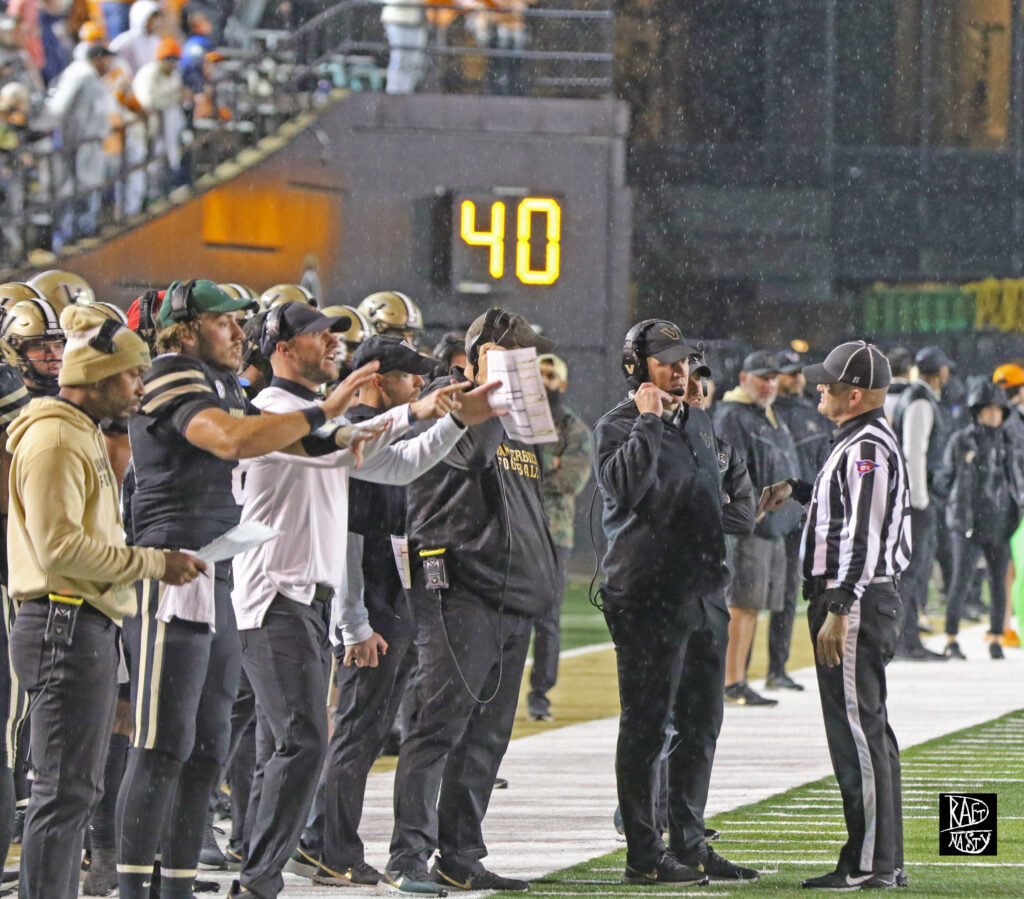 Vanderbilt head coach Clark Lea led the Commodores to a five-win season in 2022. It represented the team's highest victory total since 2018. 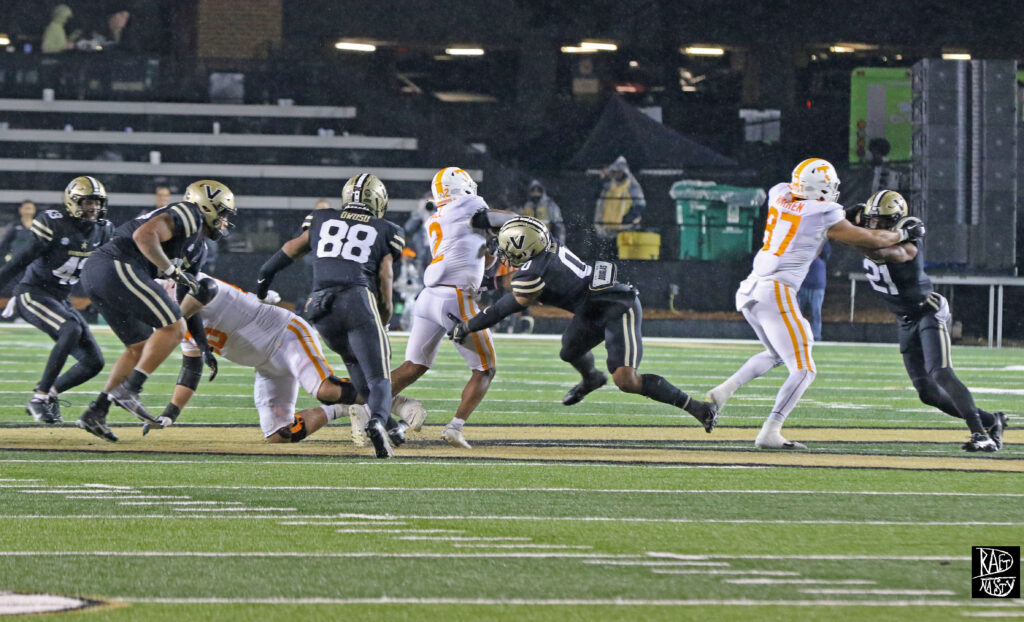 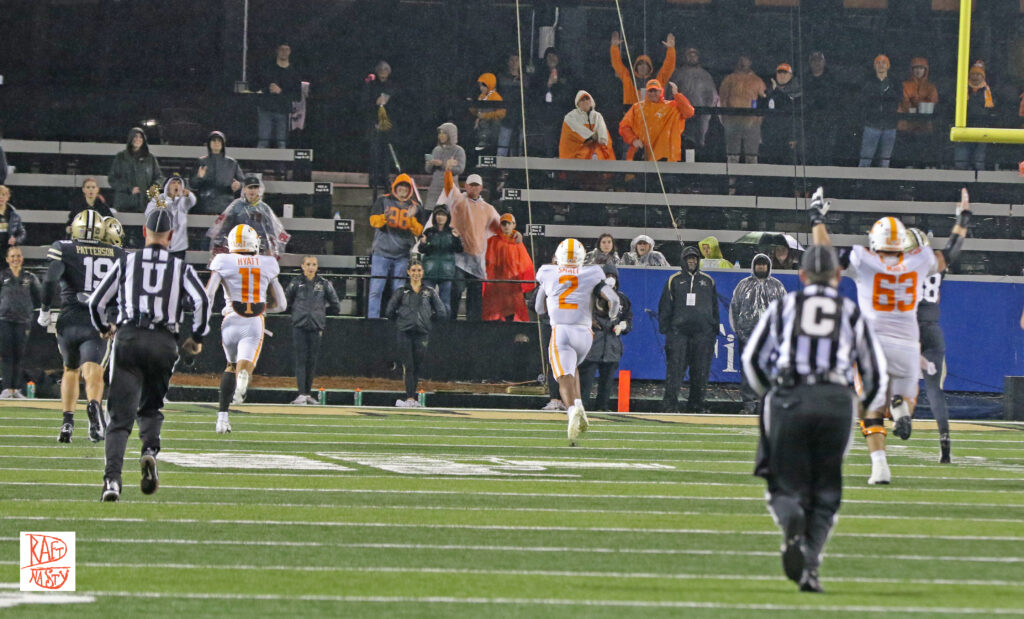 Tennessee RB Jabari Small runs for the second of his two touchdowns on the day as the Tennessee fans celebrate in the end zone. Small rushed for 83 yards (7.2 YPC) on the afternoon. 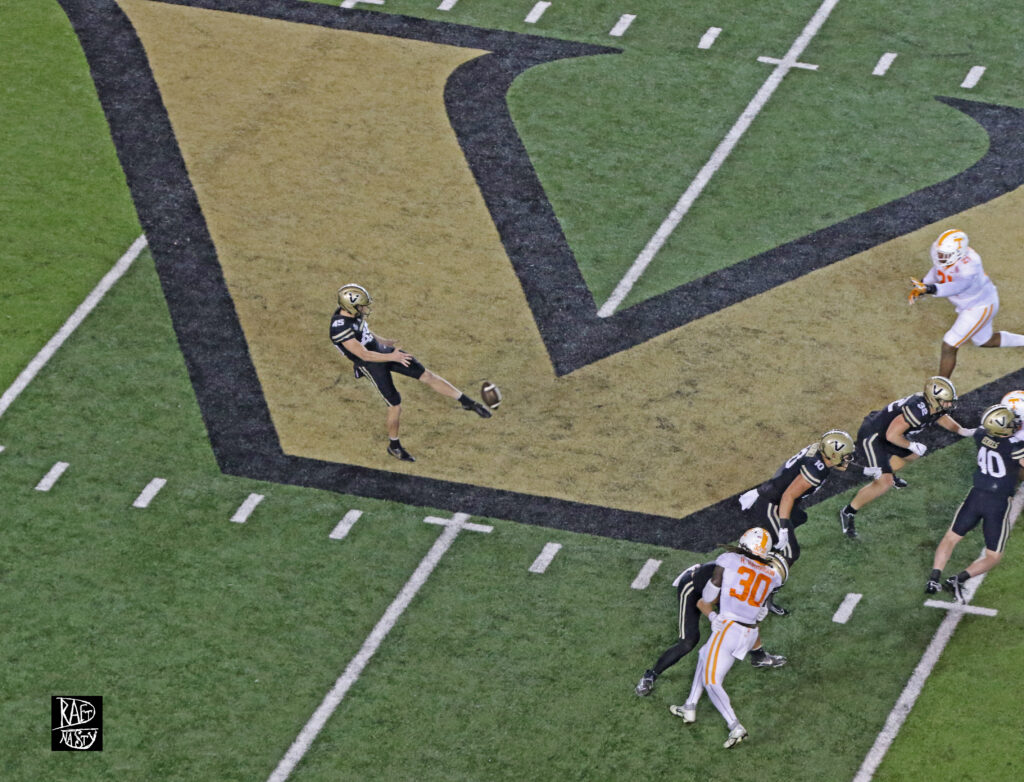 Vanderbilt punter Matt Hayball, an FAU transfer, finished the season averaging over 45 yards per punt. The team, however, allowed nearly 15 yards per punt return for the season, including 116 yards and one touchdown return in this contest. 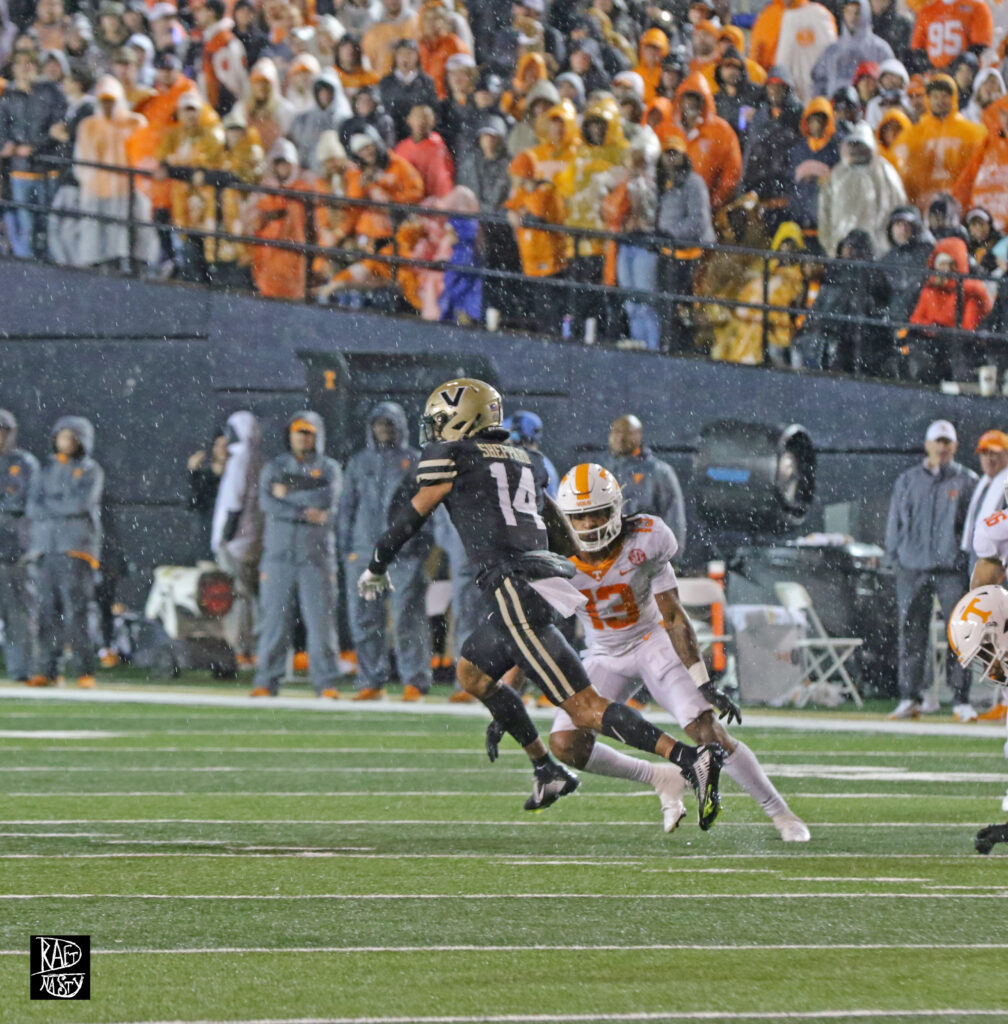 Vanderbilt WR Will Sheppard attempts to get away from Tennessee defensive back Wesley Walker, who had eight tackles and 1.5 TFLs in this game. Sheppard finished the year with 60 receptions for 776 yards (12.9 YPR) and 9 TDs. 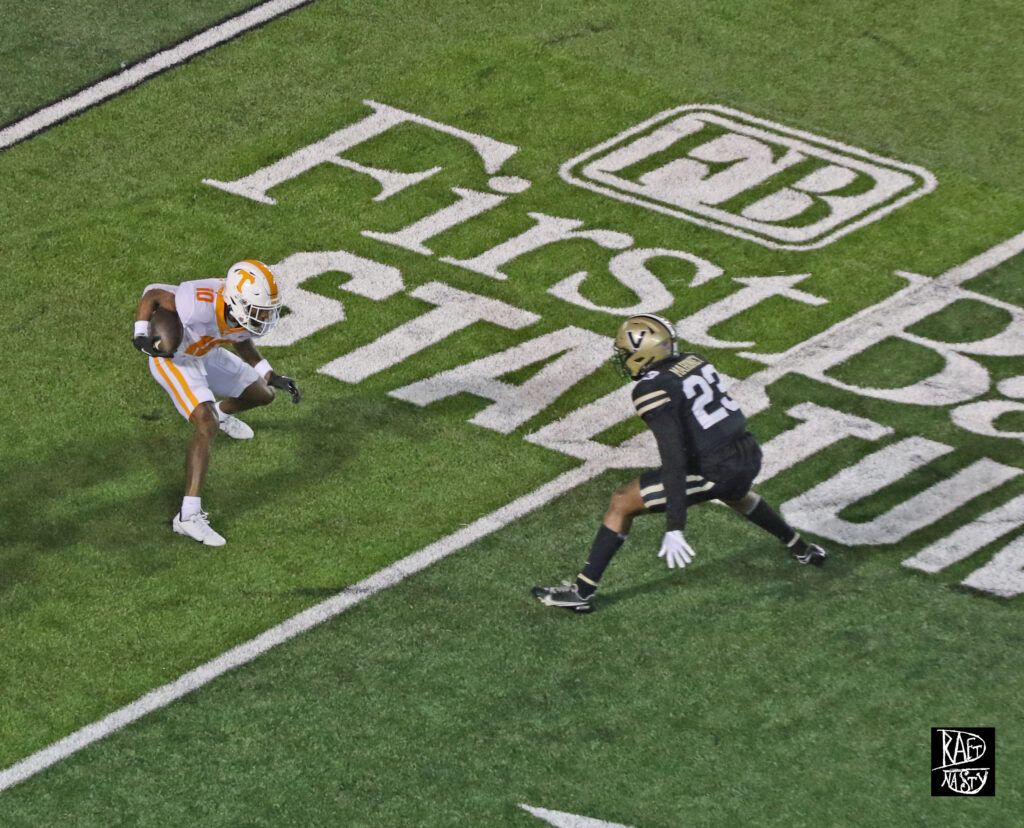 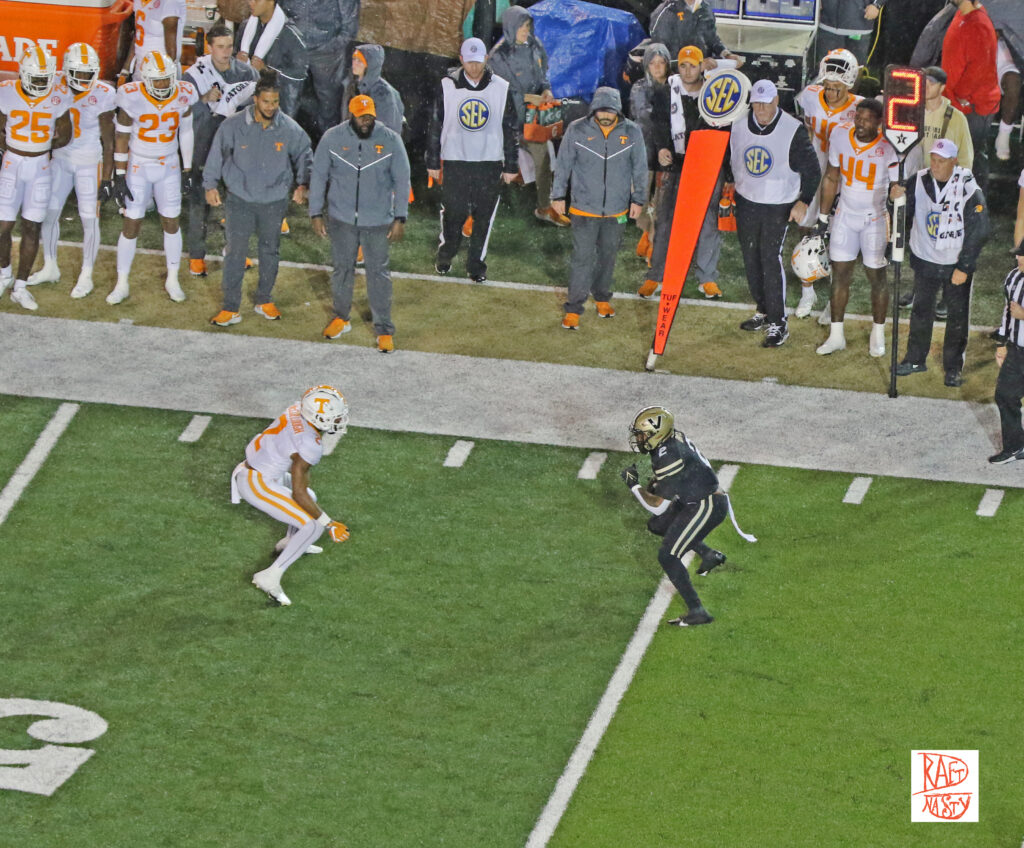 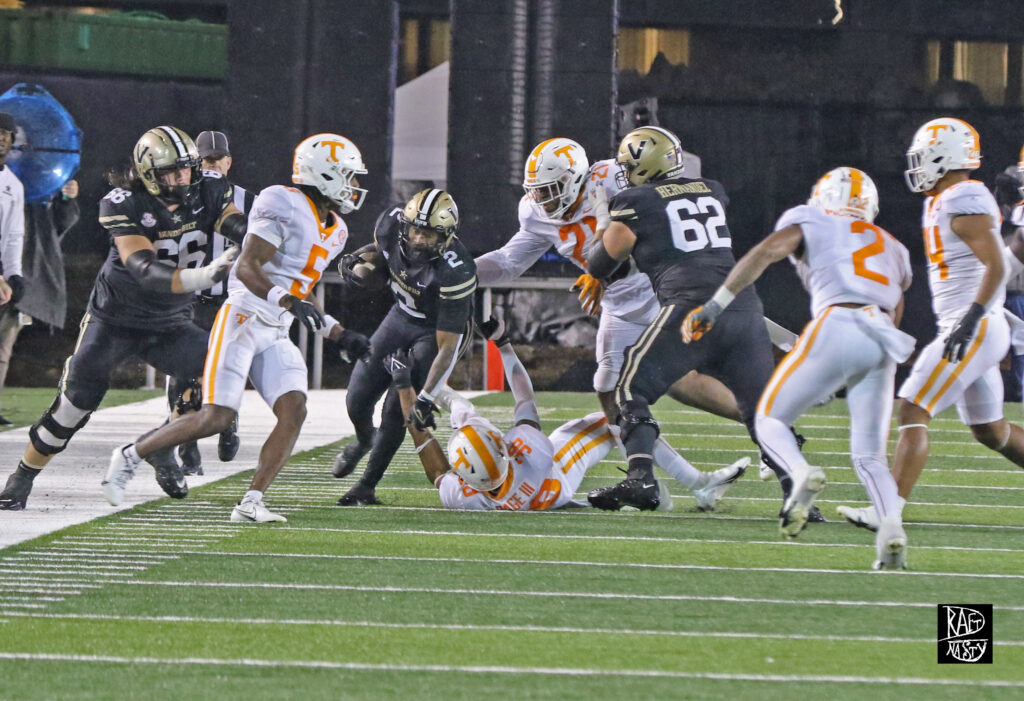 Davis, who finished with 60 yards rushing on 21 carries, attempts to get by multiple Tennessee defenders. 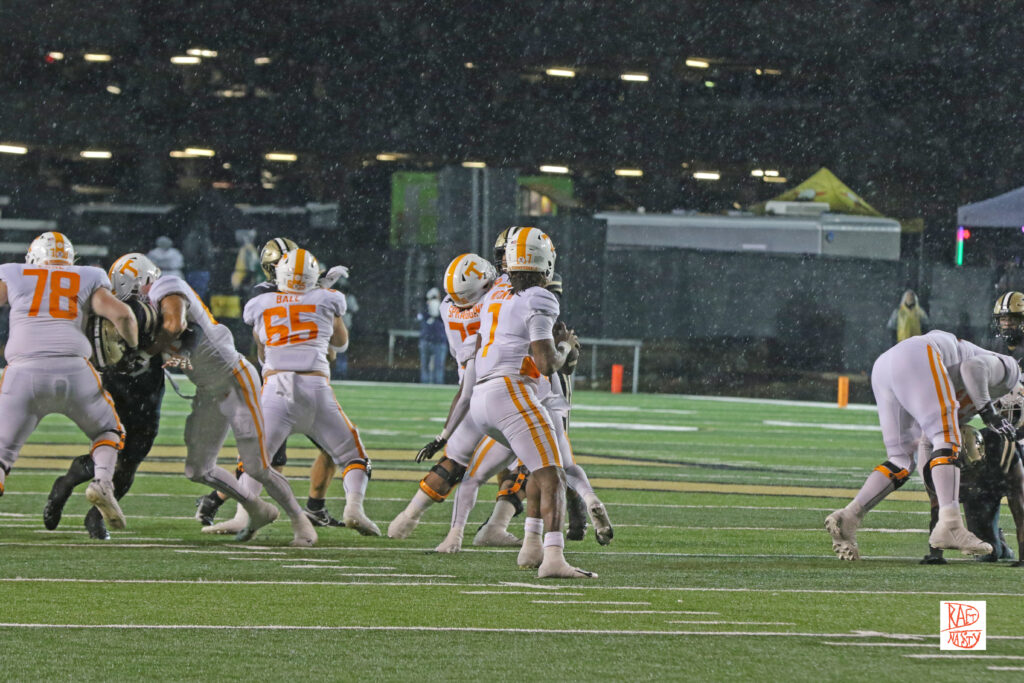 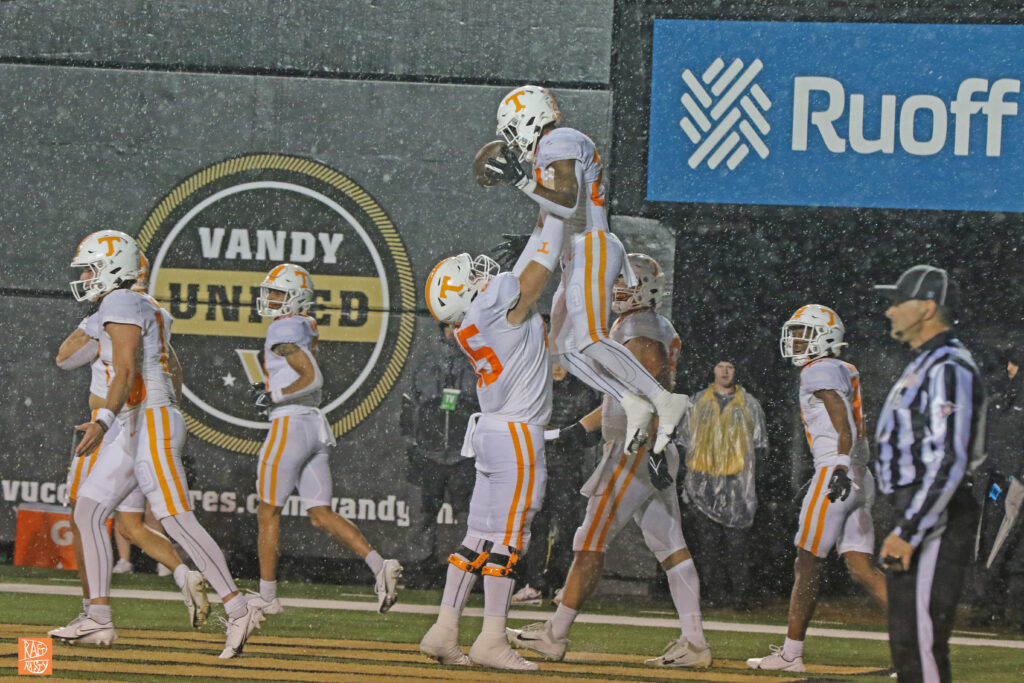 Tennessee freshman running back Dylan Sampson gets lifted into the air after an 80-yard touchdown in the fourth quarter of the team's 56-0 victory.