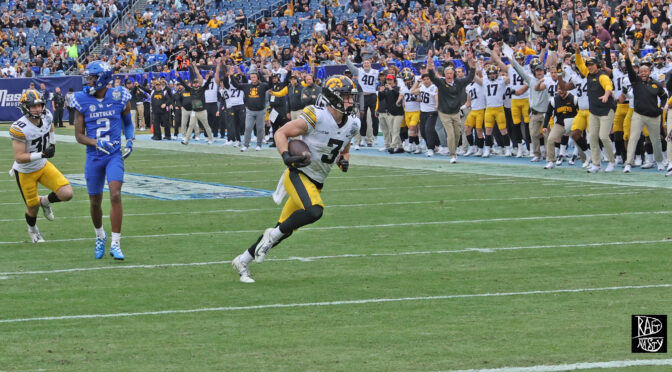 Iowa Hawkeyes football has been all about defense in 2022, allowing 10 points or less on nine different occasions. The team allowed just 13.3 points per game for the season. On Saturday in Nashville they continued another consistent trend…scoring on defense. The team’s 21-0 TransPerfect Music City Bowl shutout victory over the Kentucky Wildcats featured two defensive touchdowns.

Scoring on defense has been a theme for a long time during head coach Kirk Ferentz’s tenure at the school, spanning from the late Norm Parker to current defensive coordinator Phil Parker (no relation).

“Forever it seems like that our guys have done a good job…we do a good job with turnovers making them offensive opportunities if you will,” Ferentz said after the game. “Those guys know where to go, know where to get and our guys hustle when there is a turnover. They’re trying to make it more than just getting a possession.”

Nwankpa’s felt as if the performance only increased expectations for the future at Iowa.

“Definitely set the bar for me on where I gotta go, where I gotta improve from,” Nwanka said of the bowl game performance. “So just keep making plays, having fun during the spring and get ready for next fall.”

One of the players who will continue to join him in the secondary is 2022 TransPerfect Music City Bowl MVP Cooper DeJean. DeJean –a 10.7 100-meter sprinter and 24-foot long jumper at OA-BCIG High School Iowa)-also contributed to the defensive scoring with his third interception touchdown return of the season.

But he was quick to give credit to those around him.

“Winning MVP…I think is more of a team award, because without these guys on defense I couldn’t do what I was able to do,” DeJean offered modestly. “Those guys were pressuring the quarterback all game. A lot of credit to the guys up front and everybody else on the defense.”

Iowa led the nation with seven defensive touchdowns in 2022. 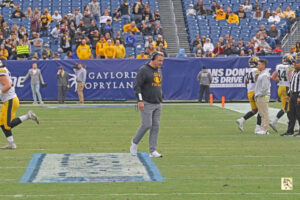 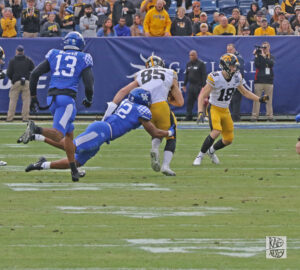 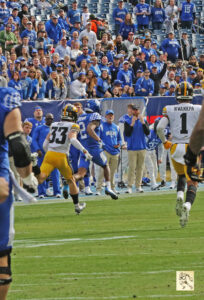 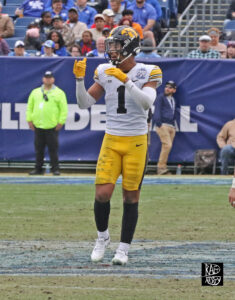 Iowa freshman Xavier Nwankpa (seen communicating with teammates) returned an interception 52 yards for a score in his first career start. 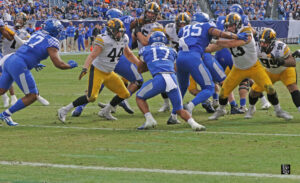 Iowa's Seth Benson (No. 44 pictured) is about to tackle Kentucky's JaTahn McClain after beating cross block of Justice Dingle II (No. 47 pictured). 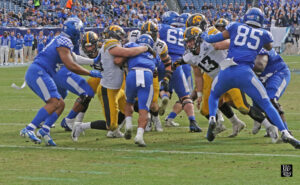 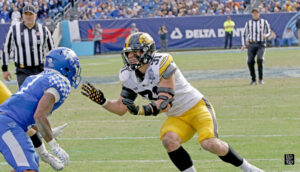 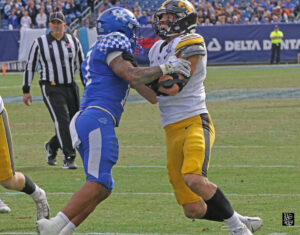 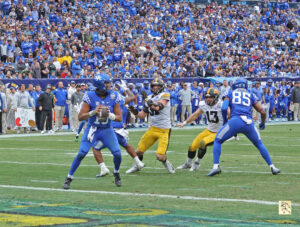 Iowa's Jack Campbell -the 2022 Butkus Award winner- wins inside of the running back as Kentucky QB Destin Wade drops back to pass in the second quarter. Campbell's only quarterback sack of the year came in this contest. 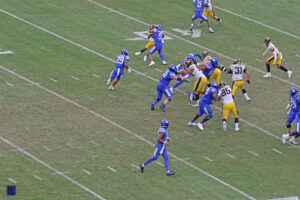 Kentucky redshirt freshman RB La'Vell Wright runs for a six-yard gain on an outside zone principle in the third quarter. 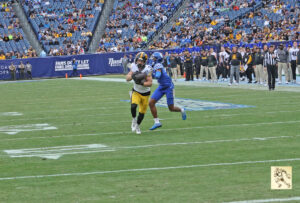 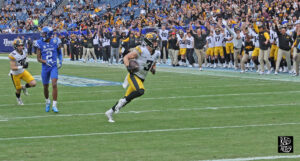 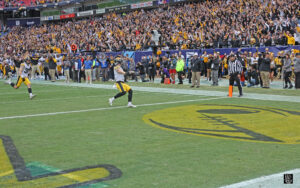 DeJean (No. 3 pictured) -the 2022 Music Bowl MVP- crosses the goal line after his interception return for a touchdown. DeJean frequently made Iowa's fans go wild in 2022, as he finished with 75 tackles, five interceptions (3 TDs) and eight pass break ups. DeJean also averaged over 16.5 yards per punt return and posted a 34-yard return in the first quarter of the Music City Bowl. 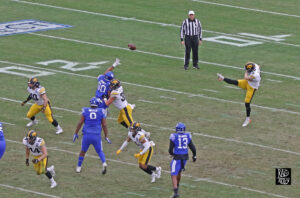 Iowa punter Tory Taylor controlled field position most of the afternoon. He averaged over 48 yards per kick on eight punts. 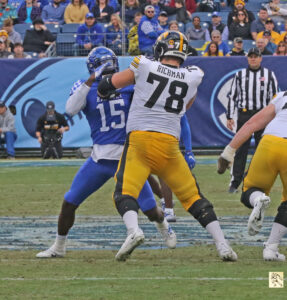 Kentucky OLB Jordan Wright battles Iowa LT Mason Richman at the point of attack. Wright finished with 9.5 tackles for losses for the Wildcats in 2022. 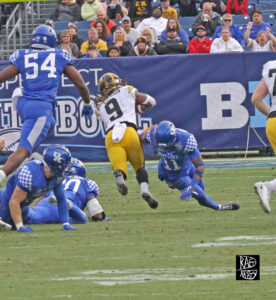 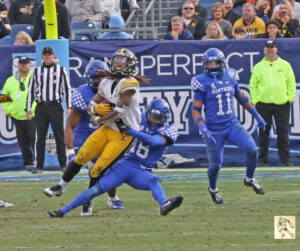 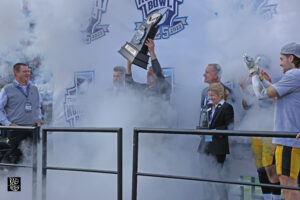 Iowa head coach Kirk Ferentz holds up the 2022 Transperfect Music City Bowl trophy. The former UConn linebacker and four-time Big Ten Coach of the Year has now won 10 bowl games in his 24 years at the school.