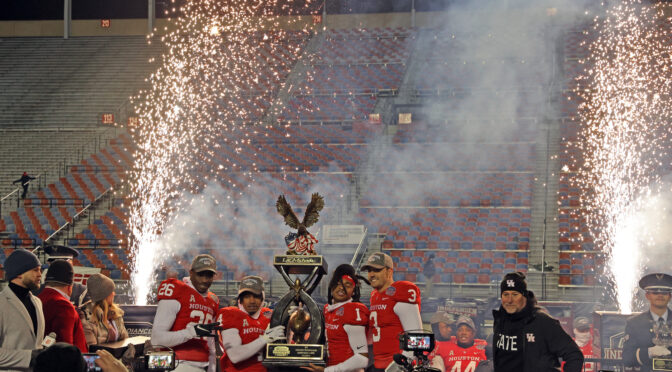 Houston Cougars quarterback Clayton Tune -effectively a fourth quarter maestro in 2022– once again saved his best for last in the 2022 Independence Bowl. As temperatures ranged in the mid-teens, Tune heated up right on time.

With the game in the balance tied at 16, Tune and star receiver Nathaniel “Tank” Dell made an in-game adjustment on an audible that led to the game-winning 12-yard touchdown pass. Cougars head coach Dana Holgorsen had no problem allowing his star quarterback make the call.

“I told yall a couple of day ago that he (Tune) was going to call a lot of the plays based on his familiarity with what they were going to do defensively,” Holgorsen offered after the game. “He changed that play (game-winning 12-yard touchdown pass to Dell) right. That’s what make this relationship (pointing to Tune and Dell) so special.” 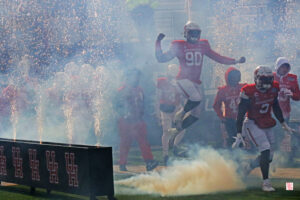 Houston defensive lineman Zykeius Strong (No. 90 pictured) and linebacker Donavan Mutin (No. 3 pictured) lead the Cougars entrance onto the field in the 2022 Radiance Technologies Independence Bowl. 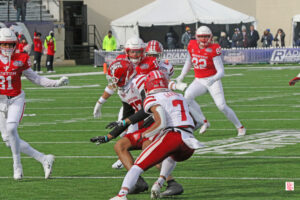 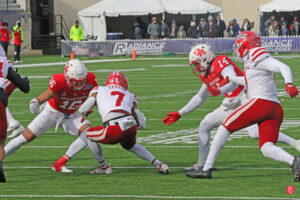 Houston S Noah Guzman is about to meet Louisiana KR Eric Garror in the 2022 Independence Bowl. 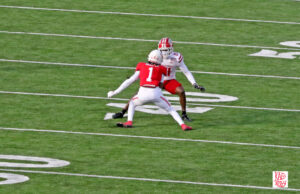 Dell, Jr. (No. 1 pictured) had an all-day battle with Louisiana CB Trey Amos. He uses a jab step to release from Amos off the line of scrimmage on this play. 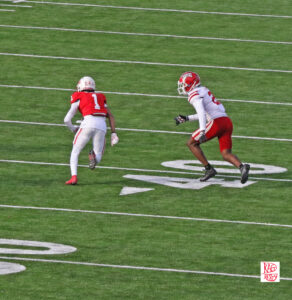 After beating Amos off of the line of scrimmage, Dell was able to use his speed on a crossing route. The Florida native led the nation with 17 touchdown receptions in 2022 and posted 31 in a spectacular three-year run for the Cougars. Despite excellent coverage from Amos (No. 21 pictured) much of the afternoon, he caught the game-winning touchdown pass from Tune. 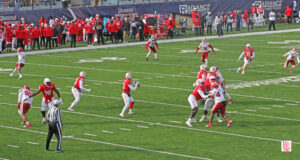 Clayton Tune (No. 3 pictured) handled the cold weather well and passed for 229 yards with three touchdown passes. He finished the year with 40 touchdown passes and is now headed to the 2023 Reese's Senior Bowl. 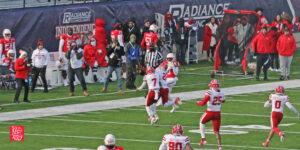 Fellow wide receiver Ke'Sean Carter (No. 8 pictured) catches a 49-yard corner route vs. Louisiana CB Eric Garror and S Bralen Trahan in the second quarter. He finished with four receptions for 104 yards and one touchdown. 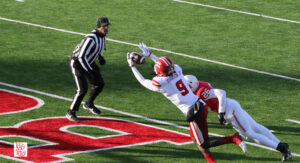 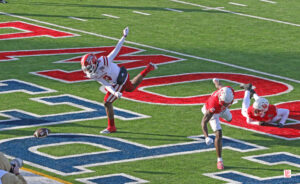 Gervarrius Owens (No. 2 pictured) and Louisiana WR Neal Johnson, Jr. both go in opposite directions in full chemistry during a second quarter pass in the 2022 Independence Bowl. 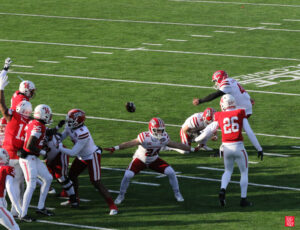 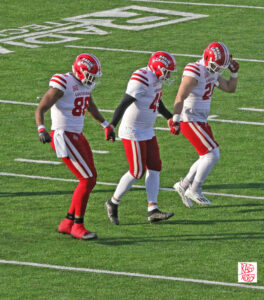 As a result of his three-field goal performance, Almendares (pictured in the middle) practiced his dance moves with teammates Johnny Lumpkin (No. 88 pictured) and Pearse Migl (No. 24 pictured). 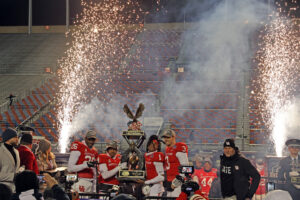