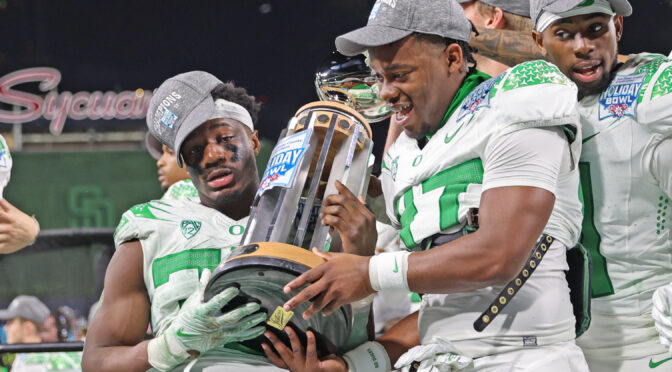 The Oregon Ducks (10-3) were searching for something in head coach Dan Lanning’s first season to provide an exclamation point. Taking on a nine-win ACC Coastal champion -led by star quarterback Drake Maye- in the North Carolina Tar Heels (9-5) provided just the recipe. But after the Tar Heels went up 27-21 with just 2:29 remaining in the game, the outcome was still very much in doubt.

Up until that point, the Auburn transfer had been just okay. But he completed five-of-six passes on the drive for 56 yards, including the game-winning six-yard touchdown to senior wideout Chase Cota.

Nix talked about the connection in detail.

“That’s one of our go-to plays, we feel really good about that play (game-winning touchdown pass)…we’ve run it multiple times,” Nix recalled. “And sure enough they brought a house blitz and Chase knows over and over that’s the throw if we get house. He’s gonna get a natural pick going across the middle, and we did a great job of picking up the protection. We threw it over the middle and got a completion for a touchdown.”

On the other side of the field, ACC Offensive Player of the Year Drake Maye got off to a fast start (206 yards passing, 51%, 3 TDs) for the Tar Heels, but the Oregon defense began to combat some of his efforts in the second half.

They stayed in the present.

“I thought our team did a great job of being in the present,” Lanning said after the game. “Our players made great adjustments. Even some of those drives we stalled out…didn’t get a first down, I think our guys believed hey we’re gonna get a stop and get an opportunity to do it again. And that’s what it came down to. You’re talking about phenomenal players making great plays and down the stretch, that’s what you saw.” 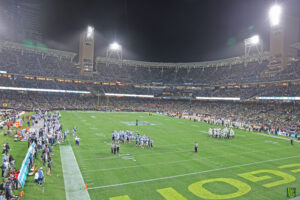 For the first time, the 2022 SDCCU Holiday Bowl was held at Petco Park in downtown San Diego. 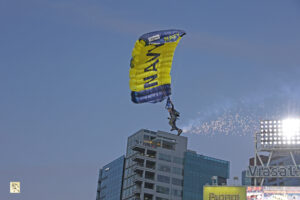 A Holiday Bowl tradition includes the Navy Leap Frogs flying in before the game...even on fire. 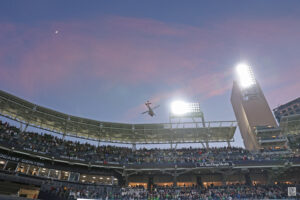 After the Navy Leap Frogs finished flying in, a helicopter flyover left the stadium. 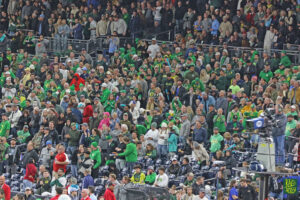 There was a large contingent of Oregon fans who made the trip to San Diego. 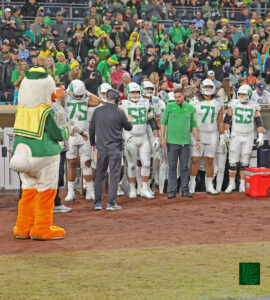 Oregon head coach Dan Lanning (pictured) led the Ducks to a 10-win season in his first year as head coach. 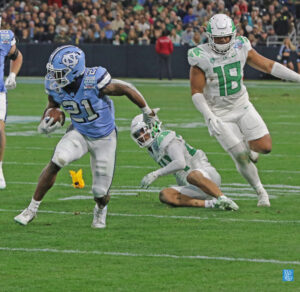 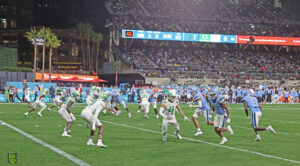 Oregon's secondary works through its man coverage versus UNC's wide receivers while defending a bunch trips formation in the Red Zone. 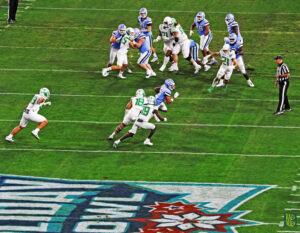 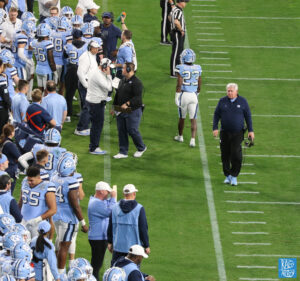 North Carolina head coach Mack Brown walks the sideline during the 2022 Holiday Bowl. Brown -a former running back at Vanderbilt and Florida State- has won 274 games in his illustrious coaching career. 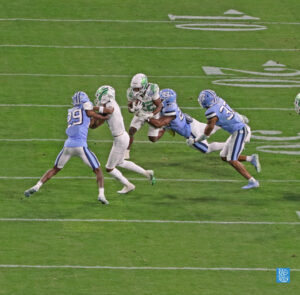 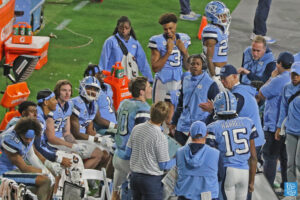 UNC's Drake Maye talking on the sidelines with the coaches after a second quarter scoring drive. Maye finished a spectacular freshman campaign with three touchdown passes, but completed just 14-of-35 passes in the contest. The ACC Offensive Player of the Year accounted for 45 touchdowns (38 PASS, 7 RUSH) in 2022. 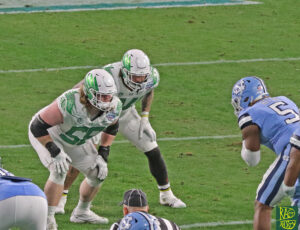 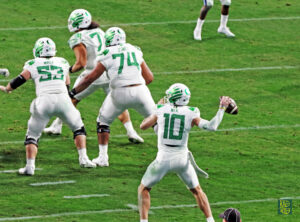 Oregon QB Bo Nix releases a ball during the team's game-winning fourth quarter touchdown drive. Nix -an Auburn transfer- accounted for 43 touchdowns (29 PASS, 14 RUSH) in his first year for the Ducks. He completed 77% of his passes (205 yds, 2 TDs, INT) in the 2022 Holiday Bowl. 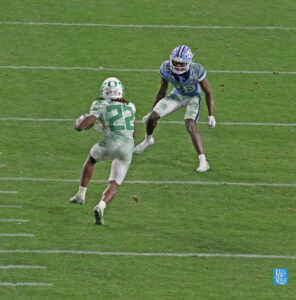 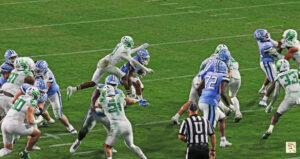 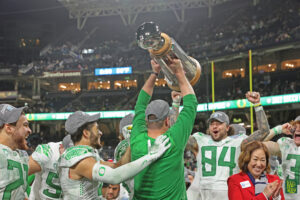 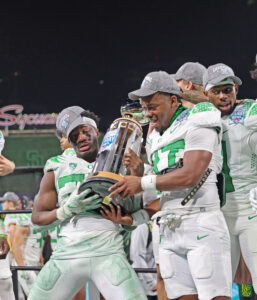 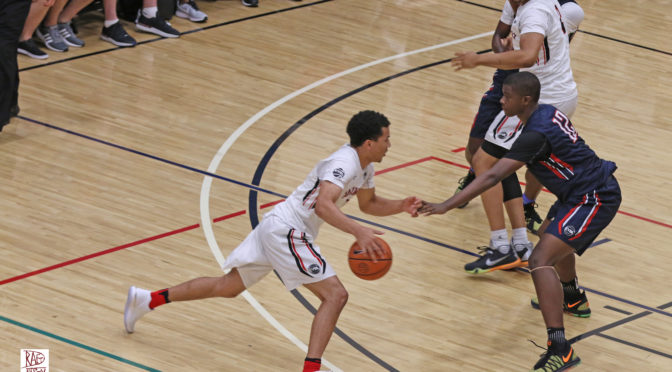 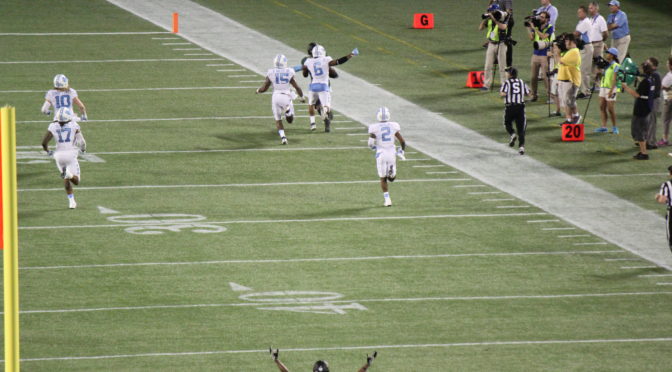