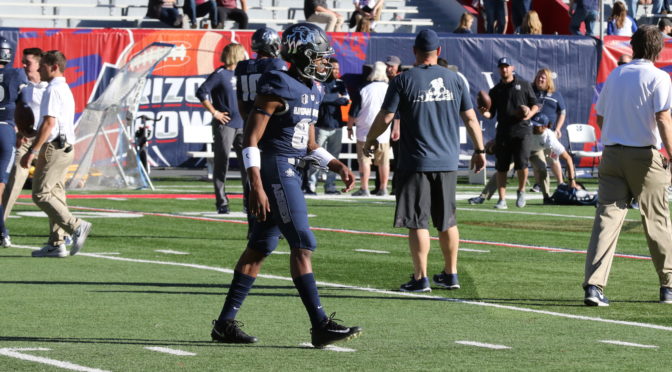 UPDATE: Scarver concluded his career ranked second all-time in Mountain West Conference history with a 28.7 yards per kickoff return average. Of his 80 kickoff returns, six went for touchdowns. In his time on offense, the former Aggie caught 49 passes for 715 yards (14.6 YPR) and four touchdowns.