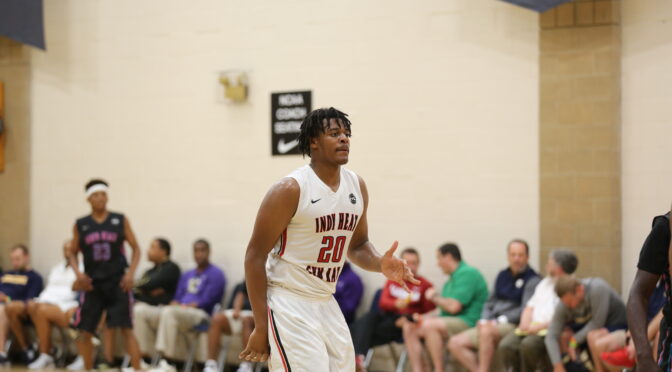 What makes this player NASTY…(Strengths): Shed more than 20 pounds from his freshman season. Played both the PF and center positions in school. Excellent passer out of the short roll and in 4-on-3 offensive situations. Defensively, he can guard wings and big men in the post (vs. Luka Garza, Iowa ‘20). Improved year after year in minutes played, blocks per game, rebounds and points per game.

Weaknesses: Will miss layups and dunks on occasion (Wisconsin ‘20). Scouts will question how well he can finish at the rim at the next level.  Undersized for the power forward and center position at the next level. Can he overcome his physical limitations? Shot just 27.3% from three- point range during his three-year career in East Lansing. Saw his free throw percentage dip from 73% in his sophomore season to 66% as a junior.

Time to get NASTY (Our Summary): College basketball fans could see why former Spartan and current Golden State Warriors All-Star Draymond Green allowed Xavier Tillman to wear his now retired number 23 Michigan State jersey.  Both players contain high basketball IQs and compete with intensity on both ends of the floor.

The maturity served the Grand Rapids native well, as he was usually tasked with quarterbacking the defense and handling the opposition’s toughest frontcourt player. Look for Tillman to be a contributor for a playoff team in the mid-to-late first round. His toughness and conditioning will remind hoops enthusiasts of Udonis Haslem and Tillman’s makeup would pair well in Miami under the leadership of Pat Riley.