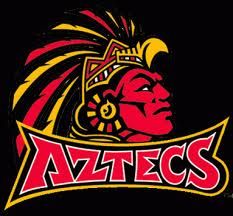 There are a multitude of names that come to mind when one contemplates the prospects of elite NCAA basketball teams each season. Duke, Kansas, Michigan State, Connecticut, Kentucky, North Carolina and Syracuse are just a few that break through the conscious initially. But San Diego State?

Laughably, one could have been locked away from all things hoops related for nearly a decade and still log that the likes of the Blue Devils and company would have a formidable presence in the midseason rankings. It’s simply that predictable sometimes.

But there are wrinkles. Just as easy as one might be on point in expecting the Jayhawks to be in early contention, one might also blunder and find that the Tar Heels are nothing more than average this season.  And in spite of this type of blunder being less likely, there have been times when North Carolina has found itself mending its wounds.

Amazingly, the Aztecs provide a wrinkle that is as much surprising as it is refreshing.  As it stands, San Diego State sits at the head table with top-ranked Duke and the usual suspects such as Ohio State, Kansas, Pittsburgh and the Orangemen, who round out the top-five in the AP poll.

Head coach Steve Fisher’s Aztecs are a polished 17-0 and remain as one of only five teams in Division I with an undefeated mark. This in itself is not surprising.   It started three seasons ago when the Aztecs finished with a 20-13 mark and landed an NIT berth. A year later, San Diego State improved to a 26-10 record, advancing to the NIT semifinals.

The development didn’t hit a snag last season when the Aztecs ran off an impressive 25-9 record and emerged in the NCAA Tournament, where it fell short in the first round to Tennessee. Despite the early exit, San Diego State proved that it had promise, pushing the Volunteers in that contest before narrowly losing 62-59.

So no, that the Aztecs have torn through the season thus far is not startling.  That they are being given credit for doing so this early is a different story. Typically, a team like the Aztecs wouldn’t even be on the radar until March – two, three games into the Big Dance. Butler, for example, wasn’t even ranked at this point in the season a year ago. They, of course, went on to play for the national title against Duke.

And no, the rankings aren’t usually built with the San Diego States, the Butlers, the Davidsons, or George Masons in mind. But here the Aztecs are, boasting a higher ranking than powerhouses such as Connecticut (10th), Kentucky (13th), Louisville (18th) and Georgetown (22th). And here they are, 17 games into the season, demonstrating more staying power than elite programs like Michigan State, North Carolina, and Florida, who after opening the season ranked second, eighth, and ninth respectively in the nation, are now out of the top-25 altogether.

The picture cannot be painted that San Diego State came into the year as a dismissed program. After all, they were ranked a modest but respectable 25th in the country in the preseason AP poll. But Fisher’s squad wasn’t comfortable with modest and quickly launched a stone at the pollsters when it toppled then 11th-ranked Gonzaga 79-76 on November 16th.

Critics who devalue San Diego State’s schedule strength thus far should factor in that the Aztecs also knocked off Pac-10 stalwart California handily, 77-57, on December 8th, less than two weeks after the Bears had beaten then 20th-ranked Temple.  And those who condemn the Aztecs for competing in the Mountain West Conference should consider that Brigham Young also hails from that conference.

And the Cougars are as well off to a fast start, sitting at 16-1 with a No. 11 AP ranking. This not only bodes well for the Conference, having two highly ranked clubs, but it also means that the attention of the college basketball world should be captured when San Diego State and Brigham Young face off on January 26th and February 26th. What’s equally intriguing is that the highly touted Aztecs defense will get an opportunity to slow down NBA prospect Jimmer Fredette, who is averaging 24.9 points per game.

“This league is very good,” Fisher noted in a press conference this week. “We said last year of those teams that went in that it might have been the best ever. I think the depth is genuine; the disparity between 1 and 9 has shrunk significantly.”

Before matching wits with the Cougars, San Diego State will have their perfect record tested in the Mountain West. One such obstacle, for example, will come Wednesday, when the Aztecs takes on a potent 13-3 UNLV team.  Nevertheless, Fisher is as much excited about his team’s possibilities as he is its current place.

“We are pleased obviously with the undefeated mark, but I am happy that we appear to be getting better physically,” he stated.

One sign of this improvement is the recent Mountain West Player of the Week honor that was bestowed upon star forward Malcolm Thomas. It’s the third of such honors this season for the senior who earned the award after averaging 17.5 points per game, 12 rebounds, and two blocks, in wins over Utah and TCU. For the season, the 6’9’’ San Diego native is pumping in 12.3 points per contest, complimented by 7.6 rebounds. As well, Thomas is shooting a precise 59 percent from the field.

“It’s good to receive an award like that,” Thomas said Monday in the Aztecs weekly press conference. “But I have to give credit to my teammates. They give me the confidence to score, rebound, block shots, or do whatever I need to do to win. I really feed off their energy and that is why I get player of the week.”

The energy Thomas speaks of comes from what has thus far been a balanced act. Sophomore forward Kawhi Leonard leads the team in scoring and rebounding, pouring in 15.9 points per game and pulling in 9.6 rebounds. And senior guard D.J. Gay chips in with 11.8 points per contest.

Gay, for one, credits several factors for his team’s play so far.

“I think it has a lot to do with our condition, our athleticism, our ability to turn it up on the defensive end,” the senior professed. “We start to press and create havoc for the other teams and that’s just taking it to another level. Our ability to do that is the reason we are having the success we’re having now.”

And thanks to an anomaly in the national rankings, the basketball community at large is able to witness this striking success in January, rather than postponing credit until March. By then, the Aztecs are being asked to be great twice, as March Madness is a separate season in itself.

Assuredly, the Aztecs haven’t been overly dominant this year, but they’ve been consistent and resilient. Their unblemished mark could be broken Wednesday against the Running Rebels or sometime between now and their meeting against Brigham Young. And even then, it won’t change the fact that the Aztecs have been one of college basketball’s best teams this season.

What this team will or will not do in the NCAA Tournament is irrelevant. Most certainly, a team’s failure in the Big Dance does not undo what perhaps was gained during the regular season. Some will be quick to hold San Diego State to this standard, discrediting this run if Fisher’s crew folds early in the NCAA tourney, forgetting that at this point in the season a year ago Texas was ranked No.1 with a 15-0 mark. Kentucky was ranked second, also with an undefeated record (14-0).

As most recall, neither the Longhorns nor Wildcats played for the national title. In fact, none of the top five at that point even made the Final Four. Duke, the eventual champion, was ranked eighth. It is apparent that the rankings are not a forecast of who will win the national title; what they do provide is a glance at who is playing well. And without question, San Diego State fits the bill.

Gay, who Fisher calls his most important player, admits to recognizing this accomplishment, even while still trying to build upon it.

“We do take each game one at a time, but sometimes you have to realize the situation that we are in and be able to enjoy it,” he acknowledged. “To sit down and reflect on what is going on now and know that we are in a situation a lot of people would dream of being in, you have to be appreciative of that. We take time to think about it but we know that we still have a lot of work that needs to be done.”