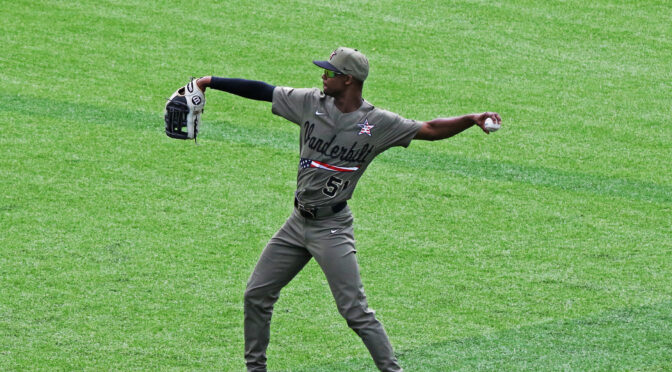 Bradfield, Jr., the 2021 SEC Freshman of the Year, leads the nation in stolen bases (46 through 6-7-21), and has consistently gotten on base (.476 on-base percentage). His discipline at the plate has resulted in 40 walks through 58 games for the Commodores.

In addition, the All-SEC defender sports a .991 fielding percentage and has just one error on the year. Bradfield, Jr.’s foot speed routinely changes the approach for pitchers on a nightly basis. The American Heritage High School (Fla.) product is one of the most exciting players in the nation.