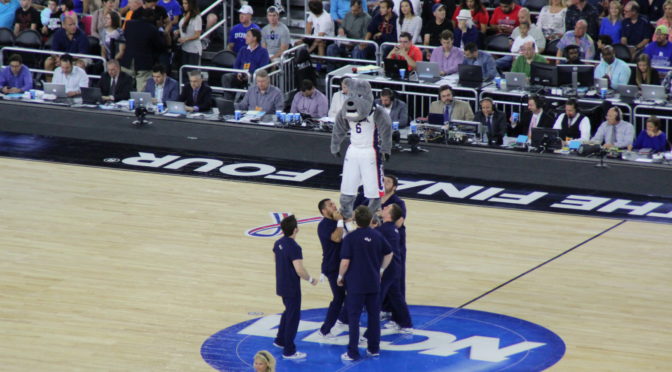 A November contest between two Top 5 teams had the feel of a Final Four game in Hawaii.  Gonzaga defeated Duke, 89-87, to remain undefeated and handed the Blue Devils its first loss of the season. DraftNasty’s Troy Jefferson gives his impressions in this in game report:

Williamson is a highlight reel waiting to happen. The freshman’s motor coupled with his athleticism stands out.  So far this season, Williamson has been able to separate himself with his work on the glass and his finishing ability in transition.  For the season, the Spartanburg, South Carolina, native is averaging 20 points per game and nine rebounds.  Williamson should be a top three pick in the upcoming draft.  As the season goes on, look for head coach Mike Krzyzewski to find creative ways to get Williamson involved without the ball.

Norvell, Jr. is one of the best guards in the country at getting in the lane, slashing and finishing at the rim. The Chicago native used a crossover against Duke forward RJ Barrett and up-and-under finish to avoid Williamson from blocking the ball in the first half.  Norvell, Jr. can also run the fast break and initiate the half court offense with his ability to pass on the perimeter and into the post. The Gonzaga guard is shooting 42-percent from the field and 37-percent from beyond the arc.  Standing 6-foot-5, he will have to answer questions about which position he will defend at the next level but the combo guard skill-sets are evident in the sophomore.

Hachimura has doubled his point production from last season. Through six games he is averaging 22 points per game after averaging 11 points a year ago.  The junior forward was one of the more experienced players on the floor against Duke and it made a difference.  Hachimura showed his ability to be a threat in the screen and roll game by either rolling to the rim or fading to the three point line. The junior also impressed with his face-up game from the pinch post.  Like Norvell Jr., he is a bit undersized and will have to find a home defensively at the next level.  When switched onto quick forwards like RJ Barrett, Hachimura wasn’t quick enough to stay in front defensively.  Hachimura showed enough offensive skills to continue to intrigue NBA scouts.

Barrett has the most polished, NBA-ready game of any of the players who saw the floor in Wednesday’s game. The freshman forward is quick enough to blow by taller guys and can also handle the ball in pick-and roll.  On the season, he is averaging 22 points per game, five rebounds 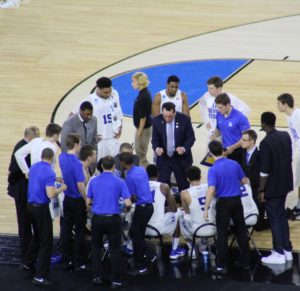 and four assists. Barrett did struggle when forced to go right, missing two layups in the last minute of the game when driving in this direction.  Coach Krzyzewski runs a free-flowing offense and relies on his players making plays one-on-one.  More times than not, Barrett will make a better decision in crunch time but so far the freshman has impressed in limited action.