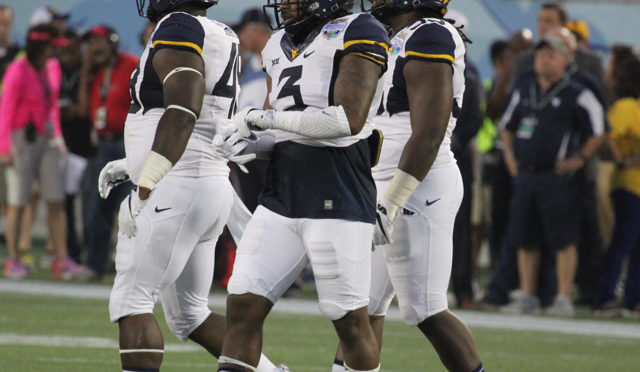 The Heart of Dallas Bowl will feature two teams with explosive offenses that underwhelmed in their respective conferences.

The Utes resume lacks a signature victory but they did defeat short-handed UCLA in November and could have similar success against the Mountaineers, who will be without two key offensive pieces.

Crawford and Grier combined for over 4,500 yards worth of yardage during the regular season. Junior wide receiver, David Sills, who led the team with 18 touchdowns, will have to shoulder the load if his team has any chance of winning. Sills, 6’4, 203 lbs., will be targeted early and often by backup quarterback Chris Chugunov.

Al-Rasheed Benton ranks at the top or near the top in every statistical category for the Mountaineers defense. Benton led the team with 73 solo tackles (102 total) and finished second with two interceptions, a forced fumble and three quarterback sacks.  He has 18 career tackles for losses.

Senior Utes receiver Darren Carrington will suit up one more time in his collegiate career, which spans back to three years at Oregon. Carrington, 6’3 205 lbs, feasted on early non-conference opponents and against his former team.  Despite having not recorded a single 100-yard receiving game since that matchup versus the Ducks, he enters the bowl game with 66 receptions for 918 yards and six touchdowns.

Utah’s sophomore defensive back Julian Blackmon covers a lot of ground and is equally strong against the run as he is against the pass. Blackmon finished the season with 36 solo tackles and two interceptions. The Heart of Dallas Bowl could be a sneak preview for the future NFL prospect.