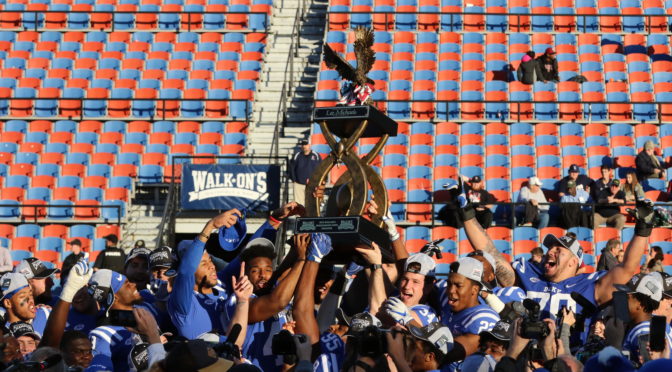 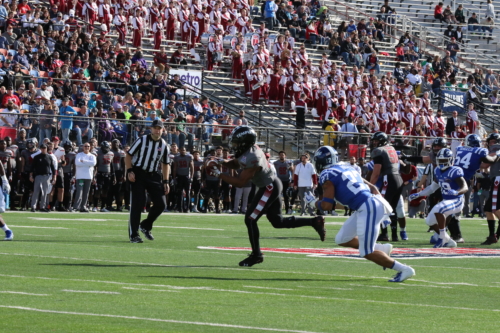 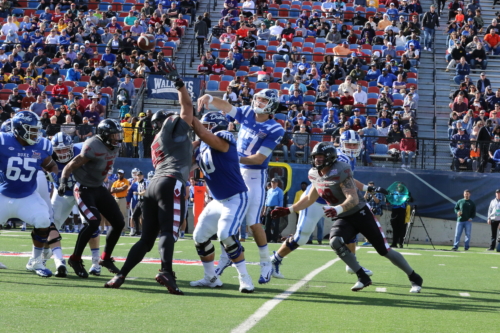 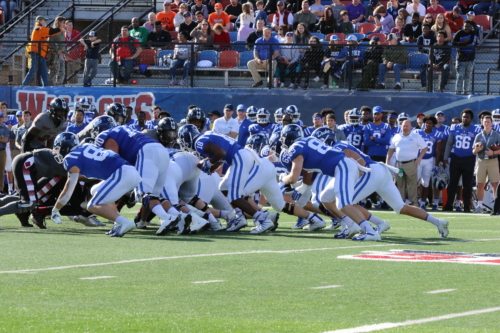 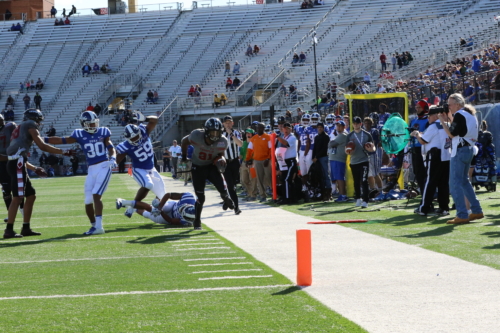 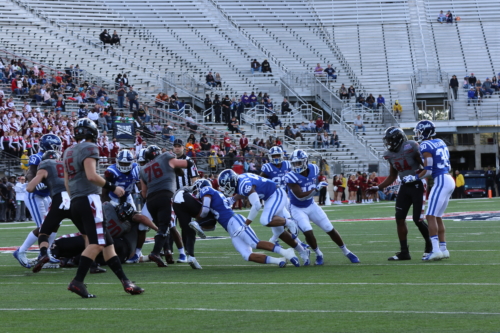 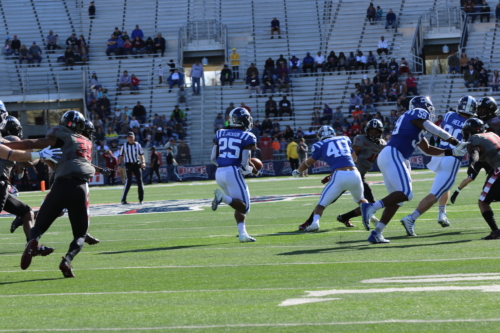 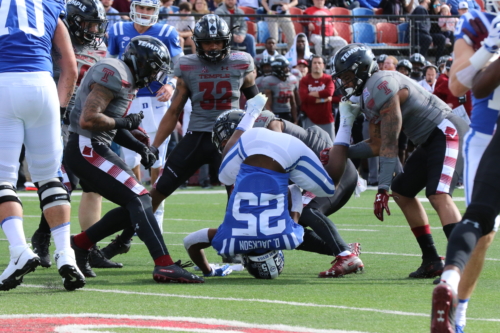 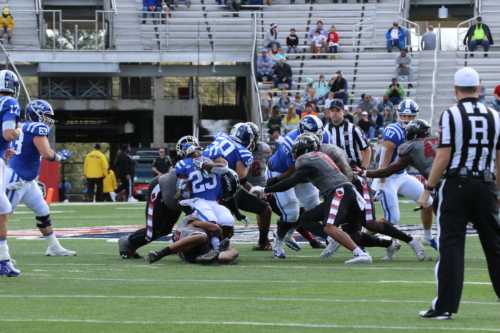 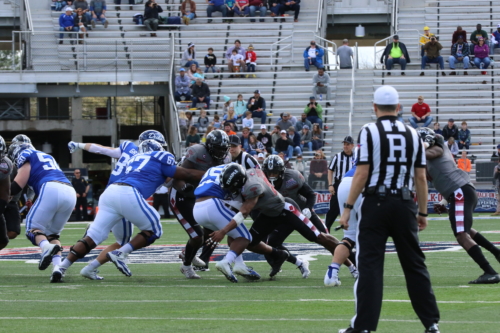 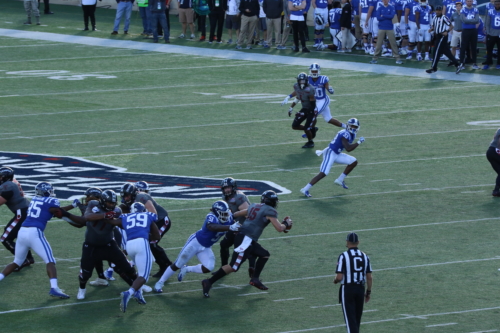 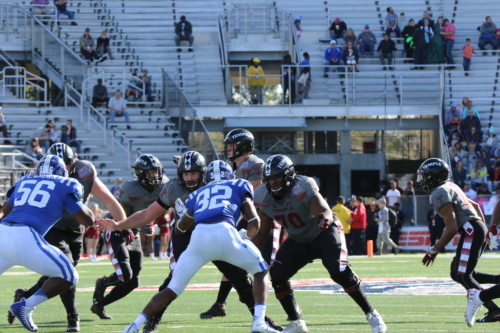 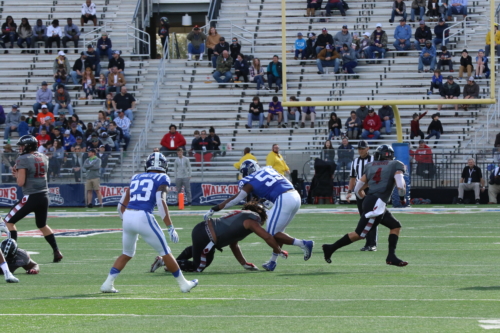 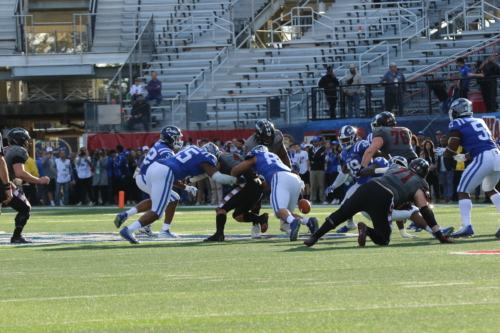 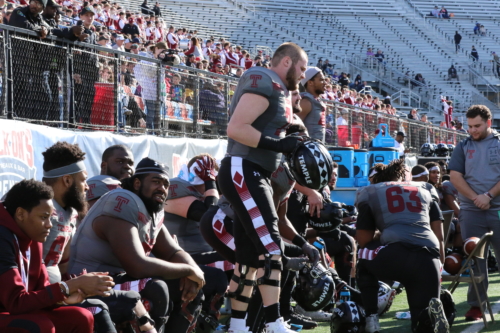 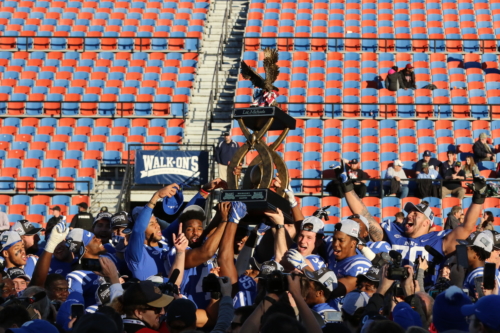 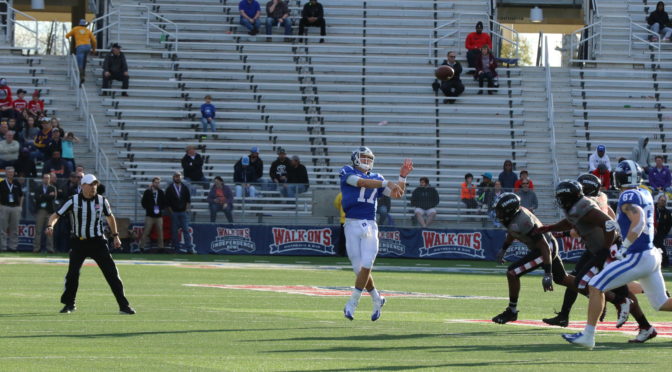 A dominant second half by the Blue Devils was enough to help them cruise to an Independence Bowl victory. Duke scored 35 unanswered points to defeat Temple, 56-27.  DraftNasty’s Troy Jefferson gives his impressions in this in game report:

With Oregon’s Justin Herbert returning to Oregon for another season, Duke’s Daniel Jones should get some attention earlier in next year’s draft.  That is if the redshirt junior decides to declare early.  The Blue Devil signal-caller finished with one rushing touchdown, five passing touchdowns and two interceptions against Temple.  A throw that stood out to me was his pump-and-go pass for a touchdown to T.J. Rahming, the slight pump was enough to get the defensive backs attention and clear the way for Rahming.  Jones not only sold the pump with his legs, head and arm moving in sync but he threw a good pass as well.  The game was a microcosm of his season: a mixed bag of good and bad.  Scouts will question his pocket awareness.  Against Temple, he was sacked three times and for his career, he’s been sacked 82 times. I would like to see the internal clock in his head operate a little quicker and if plays aren’t developing, see him throw the ball away.  The positives for Jones is that he has good size, great athleticism for his stature, can throw on the run and has worked with David Cutcliffe, who has enjoyed a myriad of success with young quarterbacks.

You can’t help but think of former Duke wide receiver and Redskins current slot receiver, Jamison Crowder, when you see T.J. Rahming. The two have identical builds and are used in similar situations. Rahming is used on jet sweeps as a motion man and works mostly in the slot.  Rahming might be a little faster straight-line than Crowder but he doesn’t have the same agility as his elder.  Like Crowder, Rahming also can help out in the punt return game (5.9 yards per punt career average).  Against Temple, Rahming caught 12 passes for 240 yards and two touchdowns.

Dogbe is a little light for a defensive tackle but his activity and constant movement is never lacking.  In a time where defense is more about reacting than dictating, Dogbe is a throwback see ball/ get ball type of player.  In the Independence Bowl, Dogbe impressed with his ability to attract double teams and follow and stick with the play from behind.  He projects best as a 4-3 defensive tackle or a 3-4 defensive end at the next level.  At Temple, single digit numbers are reserved for tough and hardworking players and Dogbe has earned his stripes.  For the season, Dogbe finished with 12.5 tackles for loss, seven sacks and three forced fumbles.