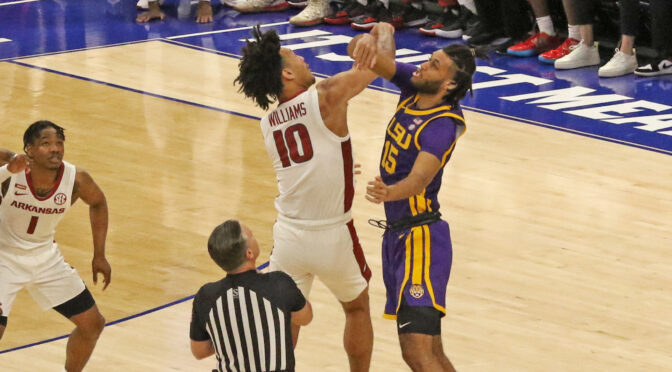 Former Arkansas center Jaylin Williams was an integral part of the team’s back-to-back Elite 8 runs. This past season, Williams finished second in the SEC with 16 double-doubles. His combination of size and length made him one of the SEC’s most active defenders.

The 2020 Arkansas Gatorade Player of the Year has all of the tools to become a presence for a Thunder squad that needed another athletic big man. Williams finished the 2021-22 campaign nearly averaging a double-double (10.9 PPG, 9.8 RPG). He was twice named the SEC Player of the Week and was a terror on the defensive end versus LSU in late February.