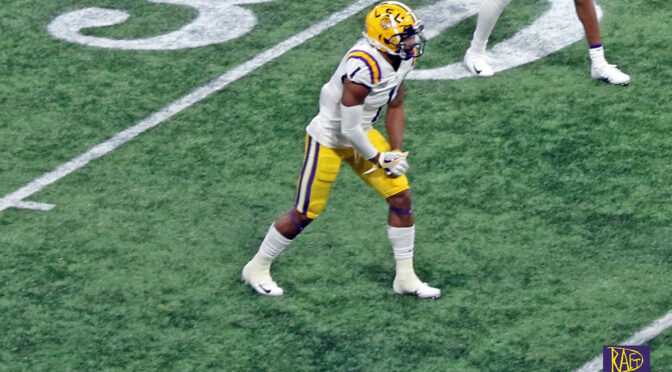 Not many players in this draft can track the ball down the field as well as LSU’s Ja’Marr Chase. Of his 84 receptions in 2019, 24 of them went for 20-plus yards, a nation’s best. He has an ability to carry his pads well despite his running back-esque frame (6’0 227).

LSU is known as DBU (Defensive Back University), but lately, with receivers like Odell Beckham, Jarvis Landry and Justin Jefferson, the Tigers have become a home for top receiving talent. Chase looks to be another strong prospect from Baton Rouge. In 2019, he posted 84 receptions for 1,780 yards and 20 touchdowns.

Can Chase be dynamic after the catch like the aforementioned receivers from Louisiana State? Time will tell. One thing is for sure, don’t expect too much time to pass before a team “chases” the card to the commissioner to draft the LSU product.