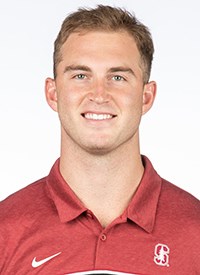 Davis Mills could be an intriguing middle round prospect. Can the Stanford Cardinal quarterback be as effective as former greats from Palo Alto like Jim Plunkett and Andrew Luck?

What makes this player NASTY…(Strengths):  Good ball handler.  Smooth, compact delivery. Gets the ball out of his hand quickly on possession routes.  Forgets his mistakes within a game and bounces back (UCLA ’20).  Extends the ball away from his frame on ball fakes.  Exhibits relaxed quiet feet before throwing nine routes outside the numbers with touch.  From under center, he can turn his back to the defense on seven-step drops and fire deep comebacks accurately (3rd QTR/7:23, Northwestern ’19).  Keeps a shoulder-width base and can make these passes on his third hitch in the pocket. Places back-shoulder passes to his No. 2 slot WR (4th QTR, TD, UCLA ’20) or to the X-WR on fades vs. tight man coverage (3rd QTR, Northwestern ’19; OT, UCLA ’20).  Projects with touch throwing the ball in the middle of the field. Capable of making the free rusher miss and then scrambling for yardage (3rd and 10, 3rd QTR, California ’19).  Has good feet speed running to the corner to outrun defenses.  Projects with touch throwing the ball in the middle of the field. Described as “even-keeled” by coaches (https://www.stanforddaily.com/2019/11/14/mills-to-start-against-wazzu-as-injuries-continue-to-plague-cardinal/).  Led a game-winning drive vs. Oregon State in 2020 and also a fourth quarter comeback vs. UCLA in 2020.

Weaknesses:  He has left some layups on the field (3rd and 5, 2nd QTR/5:01, California ’19).  Some of his double posts to the No. 1 WR don’t get up-and-down in the middle of the field (3rd QTR, Northwestern ’19).  Loses some passes on deep over (Dover) concepts (INT, 3rd QTR/11:08, California ’19).  Locks in on his targets and takes safeties to the ball (INT, 3rd QTR, California ’19).   Fooled by UCLA CB Jay Shaw in a two-deep trap coverage and threw a hitch (five-yard stop) into the trap (INT-TD, 4th QTR, UCLA ’20). Time management is still a work in progress.  Needs more reps. He had two delay of game penalties vs. California in 2019.  Eyes drop in the pocket too soon when reading through coverage (4th QTR, Northwestern ’19).  Knee injuries hampered Mills for most of his first two seasons at Stanford.  Also missed time after suffering an injury against Washington in 2019.  In high school, he did not play in the 2017 U.S. Army All-American game due to injury.

Time to get NASTY (Our Summary):  There was a reason that former Stanford quarterback K.J. Costello left the Cardinal program for Mississippi State.  Some people may point to injury, but in reality it was due to the emergence of Mills.  After Costello’s injury in 2019, Mills could not truly grab the job and he himself went down to injury.  The trend of injuries dates back to his high school days, where he was once ranked ahead of Miami Dolphins quarterback Tua Tagovailoa in 247Sports’ 2017 rankings.  So what does he bring to the table?  Mills is an inexperienced quarterback with a smooth delivery, good mobility and an even-keeled nature.  That calm in the face of the storm helped him deliver after falling behind in games as a junior.