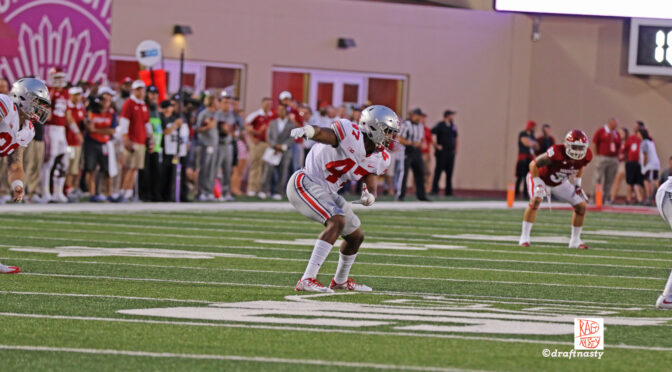 Is it recovering from an Achilles injury and multiple bicep tears to make it on the doorstep of professional football? Using your offseason to travel to Costa Rica and spend time with local youth imparting knowledge on sports and other life skills? Earning two degrees in six years?

The beginning of the climb wasn’t as arduous for the Cincinnati native, who was a five-star recruit out of St. Xavier High School. ESPN ranked him the number one outside linebacker. He was also an Associated Press all-state selection and the publication’s Division I defensive player of the year in 2014.

Things started to look up in 2018 when he recovered from the biceps injuries and began to contribute as a backup and a special teamer. But like his fortunes up to that point, he dealt with another tough blow.

The storybook ending would not conclude there. Hilliard had back-to-back eight tackle games in the College Football Playoff semifinal and final, against Alabama and Ohio State.

And a month later, he put an exclamation point on his collegiate career. Hilliard had a standout performance during Senior Bowl week in Mobile, Alabama.

On the field, Hilliard catches the attention of scouts with his ability to contribute on special teams. They will also like that he played snaps at each linebacker position in college.